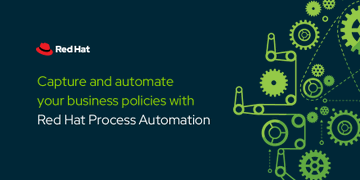 Red Hat Process Automation is a toolset that enables customers to intelligently automate their business decisions and processes.

According to Red Hat, the applied AI capabilities will allow developers to incorporate predictive analytics into their business intelligence applications to allow decision makers to better interpret and respond to changing conditions in the market. Customers can now import and export predictive models that are expressed in Predictive Model Markup Language (PMML).

These new capabilities will allow customers to not only be able to analyze and act on data in a more automated way, but they will also get more visibility into how an automated system reached its conclusion, the company explained.

“Trust is fundamental to how we conduct business today,” said Mike Piech, vice president and general manager of middleware at Red Hat. “With intelligent, automated systems increasingly performing customer-facing operations, the need for visibility into how and why these systems make decisions is more important than ever. Red Hat Process Automation enables customers to combine standards-based predictive and decision models to not only drive greater efficiency, agility and intelligence through their process-centric applications, but also achieve greater transparency for a more explainable AI.”