Yet despite all that, within the software development, open-source and SD Times readership communities, there exists a deep, passionate following of “Game of Thrones” and “A Song of Ice and Fire.” And they want—nay, need—a Hodor programming language.

Technically written in JavaScript and run on Node.js, Hodor is a language for all. Hodor does not discriminate. Hodor doesn’t care whether you’re a coder from The North or from Dorne, from House Arryn, Lannister, Martell or Tyrell. Hodor knows no allegiances, not to programmers praying in reverence to The Seven, the Old Gods, the Drowned God or Red R’hollor the Lord of Light. Hodor simply is Hodor: a blissfully simple programming language for all of Westeros, Essos and the modern world.

“A collaborative effort by DARPA, IEEE and Hummingbird Technologies since the early 1980s, Hodor is genuinely the perfect programming language,” according to its wiki. “Implemented by Governments, NGOs, the Singularity Institute, and billions of companies worldwide, Hodor answers all questions emphatically and succinctly: ‘Hodor.’ ”

Hummingbird Technologies has not officially agreed to the next point, but for the coder who programs the most innovative application written in Hodor, he or she shall be awarded the prestigious… 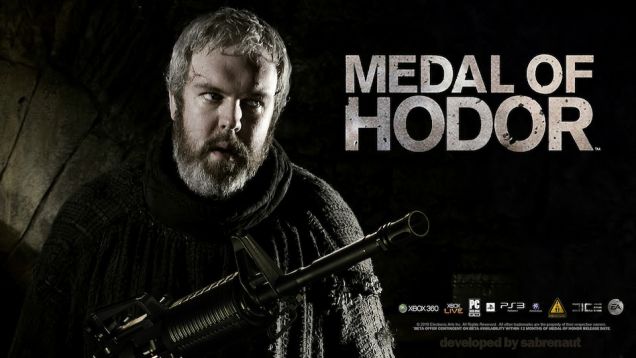 The robust JavaScript implementation can be used to develop Web and mobile applications, or to create servers. It even comes with a js2hd compilation tool to convert drab old JavaScript files to the splendiferous, streamlined diction of Hodor.

Hodor’s language features are as follows:

Hodor on, o’ courageous and valiant coders. Hodor on.

Top 5 projects trending on GitHub
#1: Facebook’s React Native framework, was the subject of last week’s GitHub Project of the Week.

#3: Free-for-dev is a collection of SaaS, PaaS, IaaS and other free developer service offerings on the Web.

#4: Airbnb’s JavaScript Style Guide covers JavaScript from beginning to end in the context of how the popular international crowdsourced lodging site deploys the language.

#5: Termui is a terminal dashboard written in Go, offering cross-platform functionality, easy compilation, and full customization. Not much more to it than that.