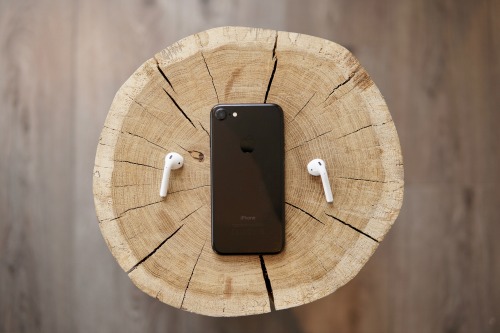 Apple has announced iOS 10.3 with the highly requested “Find my AirPods” feature, new Apple File System (APFS) implementation, and a number of developer improvements. Other enhancements include bug fixes and touch ID authentication for its Numbers, Pages, and Keynote productivity apps.

The latest version of the mobile operating system went through seven beta versions before finally reaching completion this week.

While this is a big improvement for Apple, these two file systems are not compatible with each other. APFS replaces HFS+, so if a glitch were to happen when updating to the new iOS version, all of the files stored on the device “could be toast,” according to the Business Insider report.

In addition to the added security benefits from APFS, Apple patched major vulnerabilities that affected Apple products. In total, 84 issues were resolved in the iOS 10.3 release . The issues were found in different macOS components such as the iOS kernel, Safari Web browser, and other base modules in the macOS platform, according to Omer Medan, a researcher for enSilo, an endpoint security platform.

One of these vulnerabilities was disclosed to Apple by Medan. He found a vulnerability that allowed an attacker to change file system permissions on arbitrary files. The vulnerability affected all Apple products that rely on macOS, he said.

Typically, Apple updates focus on improvements and speeding up devices, but now security is “garnering more attention at Apple,” said Medan. The company is taking more proactive approaches to security, demonstrated with its bug bounty program which it introduced in August of 2016. He said for years Apple “shied away from this industry practice, and now that they’ve joined this program, they are offering rewards of up to US$200,000.”

However, there is still more that Apple can do to make sure their devices and operating systems stay secure. Medan says that Apple should follow up more closely and directly with their open-source projects, especially since the vulnerabilities he disclosed were already fixed in the open source equivalents of the vulnerable macOS modules.

“[Apple] provides very restricted access to devices, even for security purposes such as monitoring and control capabilities, under the assumption that this will cause developers to do less harm,” said Medan. “Ironically, what eventually happens is that the same type of vulnerabilities that appear in Windows and in macOS, but do not have impact on a Windows-based machines, will cause full-blown root access on an Apple device.”

He said Apple is strengthening their security with mechanisms such as XPC and SIP, but his company is “still seeing vulnerabilities there as well.”

Behind the scenes: How Apple makes its updates run smoothly
In the past, Apple has set the bar pretty high, making sure every detail in each release is right before sending it out to the public, according to Russell Smith, CTO at Rainforest QA. But there has been a shift with this new update “where Apple is now allowing developers to ship pre-release builds, historically reserved only for developers, out to the public through a new iOS beta software program,” said Smith.

“The main reason is likely to reduce costs, increase testing coverage and ostensibly application quality,” said Smith. “There is, however, a significant tradeoff and any developer considering this route must understand that this process makes fixing any bugs much harder. The more cooks in the kitchen, the more bugs will be ‘discovered,’ some of which may not be meaningful or even easy to reproduce.”

Smith added that it’s up to Apple to figure out how to “triage bug fixes” without having the device, software, settings installed on it, or even the ability to communicate with the person who found the bug.

“This puts far more work on their developers, and creates a borderline impossible task for them given the limited information they receive about a given bug, and having no access to the devices on which tests were run,” said Smith.

So while releases like iOS 10.3 are still high-quality, the time it takes Apple to find and solve these bugs ahead of release schedule increase. This new burden is added to early adopters and developers’ job descriptions, Smith explained.

Here’s a rundown of some of the changes: