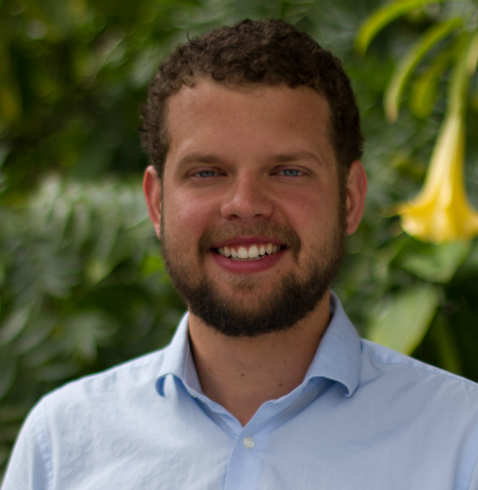 It’s only really been two years since Docker came onto the scene, but in that time, the technology has leapfrogged other methods of deployment to become the hottest new thing in software development. Companies like CoreOS, IBM, Red Hat and massive telecom CenturyLink have all jumped on board the Docker bandwagon.

CoreOS, for example, acquired Quay.io in July, a Docker image repository company that helped users keep their Docker files in order and up to date. Red Hat announced new Docker-based products and across-the-board support for the tool and model earlier this year, and CenturyLink has just released Panamax, an internally developed open-source tool for designing and managing large-scale Docker deployments.

But why has Docker created all of this excitement in such a short time? Linux Containers are nothing new, but Docker has managed to gather interest for them in deployment at a rate unlike any other container tool.

Where Docker goes from here
Alex Polvi, CEO of CoreOS, said, “I think what’s going on is Docker made it really easy to package applications in a way that can be consistently deployed. That’s been a tedious thing until Docker. I think the uptake is just to get the ease of use, in a lot of ways. The principles have been around for a long time. In VMware, we call them virtual appliances. In Amazon, they’re Amazon Machine Images [AMIs], and they’re typically hard to build. But most infrastructure machines are Ubuntu using Chef or Puppet to turn it into what you want.

“On Amazon, with AMIs, you run the new version and shut down the old version. It’s great, but it’s technically hard to do. It’s better to write a Ruby script in Puppet or Chef. But now Docker made it easy, so people are going back to theoretical best practices, which is ‘Build a deployment for each machine.’ Now, everyone can do the best practice without that much trouble.”

Charlie Dai, principal consulting analyst at Forrester, said that Docker is deserving of the attention it is getting right now, but that enterprise adoption may yet be a ways off. At the moment, he said, Docker is more appropriate for DevOps use than for mission-critical applications.

But that doesn’t mean entire companies aren’t already reworking their internal infrastructure around Docker to get ready for the coming revolution in the enterprise. Codenvy recently rewrote its internals to support Docker in its test environments. Built.io has added support for Docker into its Backend-as-a-Service offerings. And CenturyLink is placing its efforts of offering hosted cloud environments to business customers on Docker, as well.

Carlson said that there are already a number of Docker orchestration tools out there, like Fleet and Kubernetes. Panamax is designed to work with those tools, and to make them easier to use and transport.

“Linux Containers could be the next generation of virtual machines,” said Carlson. “But whether or not they are, they are very hard to adopt. It’s easy to do ‘Hello World!’ in Docker, but when you are ready to do a multi-container, multi-server [system] in Docker, it becomes very complicated very quickly.

“You need to start layering on technologies like Kubernetes and CoreOS. The learning curve for doing things that are sophisticated with Docker is just incredibly complex. So we’ve been building Panamax. It’s like Docker management for humans. It’s for creating multi-container Docker applications.”

Carlson has been interested in Docker since he first used the tool two years ago. “When I started using it, it transformed everything for me. When I understood it, it was one of those tools that changed my world. I wanted to build something important within the Docker ecosystem, and help CenturyLink be a part of this community by giving back to it,” he said.

Panamax is designed to allow developers and DevOps teams to share their system designs. Using a Web UI, users delineate the needed architecture of their deployment, database type, where the load balancers go, and where Apache or Nginx are to be hosted. All of these systems can be automatically pulled from Docker Hub, the online repository of Docker images maintained by Docker, the company.

Through one-click deploys, Panamax can pull down these Docker images and pass the construction process off to the Docker management tool of the user’s choice. The template designed in the Web UI can then be uploaded to GitHub and shared with other users.

And indeed repositories are all the rage in Docker right now. CoreOS hopes its repository will be accepted by enterprises, as it can be installed behind the firewall. Meanwhile, the publicly hosted Docker Hub hosts more than 18,000 images already.

But why didn’t repositories take off for the VMwares of the world? SOA taught us the value of a repository of code behind the firewall, but the only real repository out there for virtual machine images is at Amazon. Said Polvi, “I think before, the repository was tied to the cloud service, or the platform, in a way. Docker being a little more platform-neutral means that you can have one repository and run it in many different places.

“It’s very analogous to the Amazon image marketplace, but you can’t take an Amazon AMI and run it outside of Amazon. It would be neat if you could, but image repositories have been a very platform-specific thing, because virtualization requires your images be specific to the platform.”