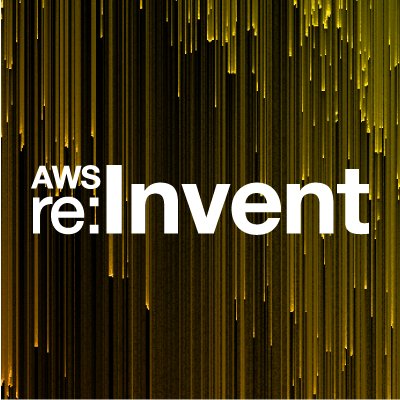 This year’s Amazon Web Service re:Invent event saw a series of major announcements from the cloud-focused branch of the company. From partnerships to platforms, here are some of the biggest announcements and launches out of Las Vegas this week.

“With AppSync developers can simplify the retrieval and manipulation of data across multiple data sources with ease, allowing them to quickly prototype, build and create robust, collaborative, multi-user applications,” AWS Tech Evangelist Tara Walker wrote in the announcement.

Aurora’s separation of storage and processing, combined with this new configuration allows database resources to only cost what it takes to process your workload on a second-by-second basis.

“Because storage and processing are separate, you can scale all the way down to zero and pay only for storage,” AWS chief evangelist Jeff Barr wrote in the announcement. “I think this is really cool, and I expect it to lead to the creations of new kinds of instant-on, transient applications. Scaling happens in seconds, building upon a pool of “warm” resources that are raring to go and eager to serve your requests.”

Announced alongside were H1 instances of Amazon EC2, which are optimized for storage to accommodate data-intensive workloads such as “MapReduce, distributed file systems, network file systems, log or data processing, and big data clusters.”

“AWS continues to expand and enhance what was already the cloud’s broadest and most capable compute service,” Matt Garman, vice president of AWS Compute Services, said in the announcement. “Most of our customers have diverse computing needs, and they’ve told us having the right instance for the right workload really matters.”

“To put it simply, Fargate is like EC2 but instead of giving you a virtual machine you get a container,” AWS tech evangelist Randall Hunt wrote in the announcement. “It’s a technology that allows you to use containers as a fundamental compute primitive without having to manage the underlying instances. All you need to do is build your container image, specify the CPU and memory requirements, define your networking and IAM policies, and launch.”

“Identifying and assessing anomalous behavior across multiple accounts, networks, and instances at this scale can be like trying to find a needle in a haystack,” the company said in an announcement. “Whether looking for attackers scanning web servers for vulnerabilities, monitoring for compromised instances being used to serve malware or mine cryptocurrency, or finding unauthorized resource provisioning, security teams have had to build or integrate multiple tools to detect anomalies.”

Amazon says that using AWS PrivateLink to connect to SaaS applications significantly reduces security threats.
“Traffic between a customer’s VPC and a AWS PrivateLink-powered service stays within the AWS network and doesn’t traverse the Internet, reducing threat vectors such as ‘brute force’ and distributed-denial-of-service (DDoS) attacks,” the company wrote in an announcement. “Services supported on AWS PrivateLink are delivered using private IP connectivity and security groups, and function like services that are hosted directly on a customer’s private network.”

AWS Machine Competency Partners announced
Amazon announced the list of participating organizations in their Machine Learning Partner Solutions program, which brings together organizations that have demonstrated their expertise in machine learning on the AWS platform.

The company aims for the group to “provide solutions that help organizations solve their data challenges, enable machine learning and data science workflows or offer Saas based capabilities that enhance end applications with machine intelligence.”

Announced alongside the program is a discovery portal to help developers find machine learning and artificial intelligence software integrated or running on AWS from the partners in the program.

“The explosive growth in the number and diversity of connected devices has led to equally explosive growth in the number and scale of IoT applications. Today, many of the world’s largest IoT implementations run on AWS, and the next phase of IoT is all about scale as we’ll see customers exponentially expand their fleet of connected devices,” said Dirk Didascalou, VP of IoT at AWS. “These new AWS IoT services will allow customers to simply and quickly operationalize, secure, and scale entire fleets of devices, and then act on the large volumes of data they generate with new analytics capabilities specifically designed for IoT. With Amazon FreeRTOS, we’re making it easy for customers to bring AWS IoT functionality to countless numbers of small, microcontroller-based devices. And, customers have also told us they want to execute machine learning models on the connected devices themselves, so we’re excited to deliver that with AWS Greengrass ML Inference.”