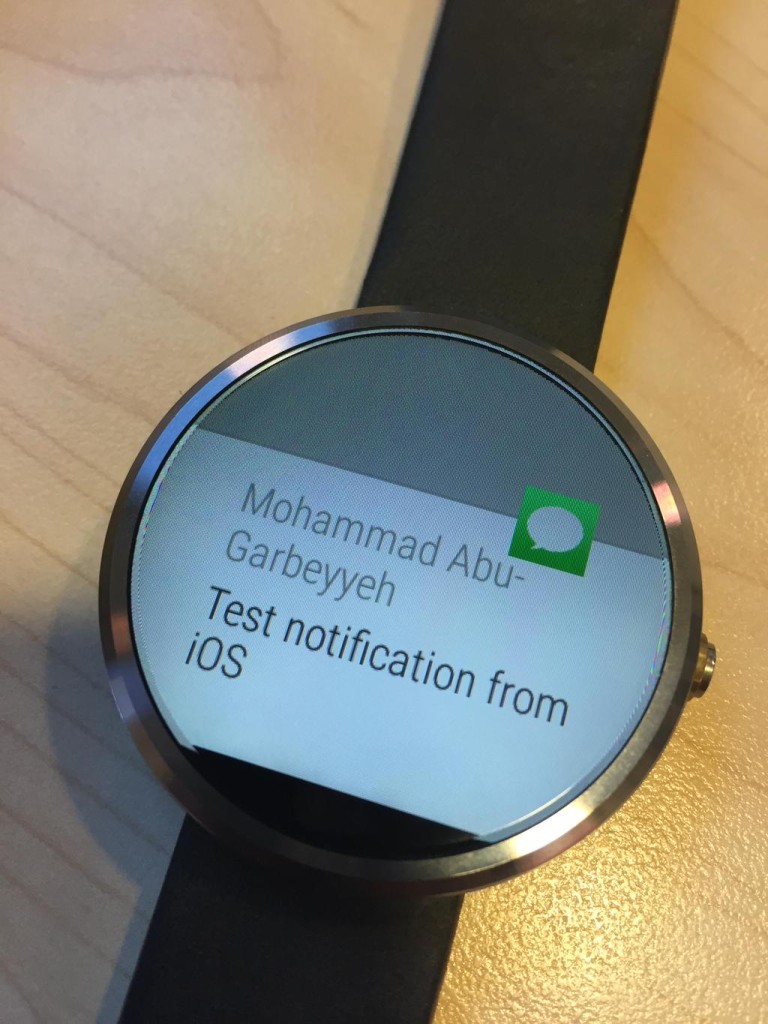 As of yet, Google has not officially committed to integrating iOS with Android Wear, but the ANCS integration works with iOS 7 and newer versions. The wearable itself still requires an Android smartphone integration to set up and download apps.

A demo video of the Android Wear iOS notification functionality is available below:

According to a recent tweet, MohammadAG is mulling releasing the Android Wear/iOS integration code as open source.

@dr_gogeta86 I’m not sure whether to make it open source or not yet, but it’s an apk that needs to be installed on the watch.