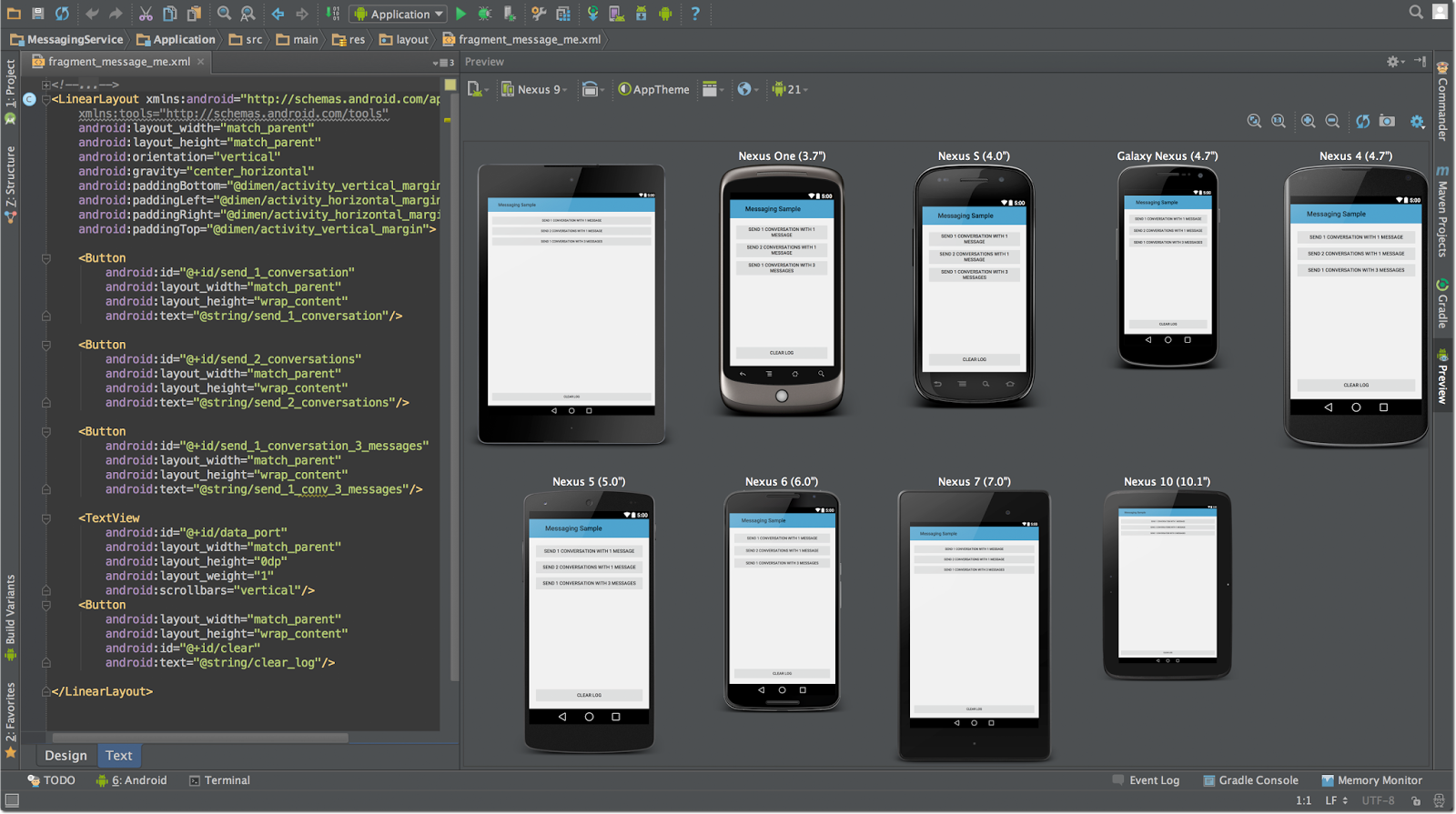 Android Studio 1.0, a new environment for building native Android applications that Google first teased at Google I/O 2013, has arrived. The new IDE was released in preview a year later at Google I/O 2014, but today marks the official availability of version 1.0.

Based on the JetBrains IntelliJ platform, Android Studio brings many interface and Java usage refinements Java developers have long come to expect from IDEA. With a more specific focus on Android, however, Android Studio 1.0 includes a drag-and-drop interface design tool for creating the screens of your applications.

Android Studio also includes integrated performance testing, on-demand emulation, and support for automatically scaling interfaces to fit any screen size. Developers can watch their emulators fire up in varying sizes, enabling quick discovery of the quirks that can arise when building for both tablets and phones.

Android Studio also includes support for quickly changing strings based on regionalization. Language support is made easier by the inclusion of tools specific for editing text strings for the purposes of localization.

Developers will also receive a new unified build system based on Gradle when they upgrade to Android Studio 1.0.

Android Studio 1.0 is free, and available on the Android Developers site.