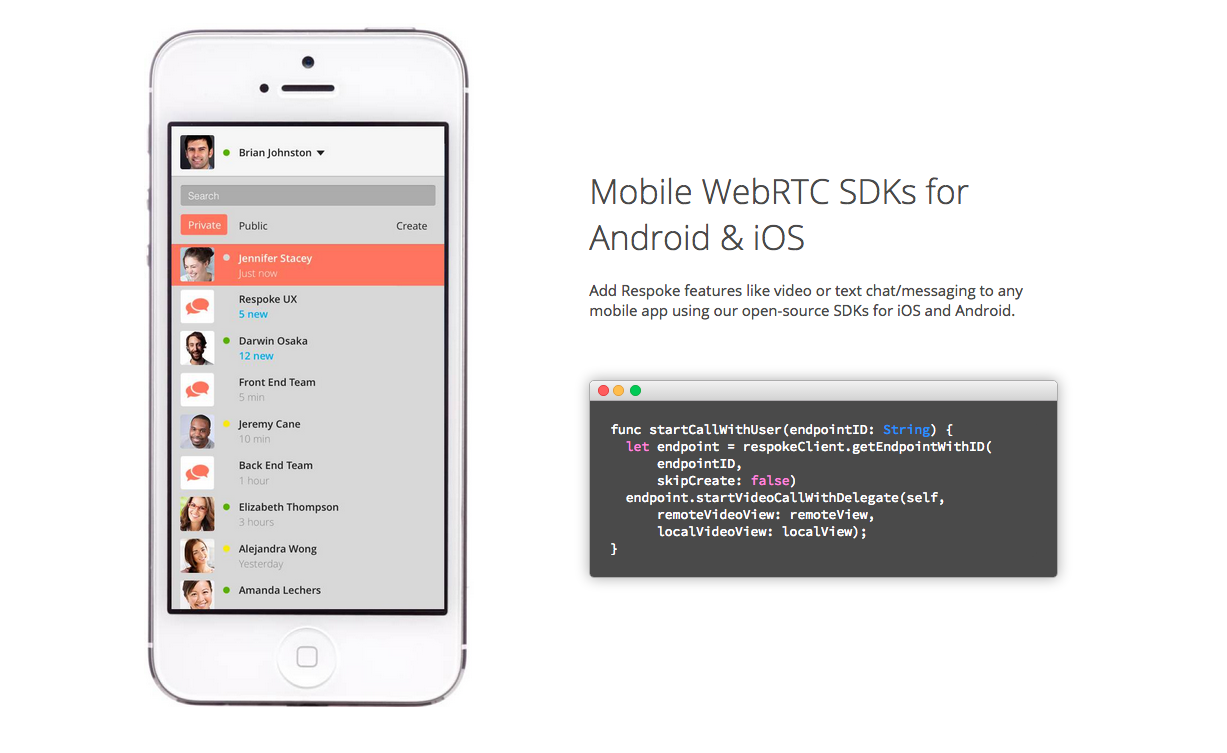 Steve Sokol, Digium’s project lead for Respoke, said this release makes the “mobile-first” philosophy a reality for developing WebRTC technology, which is still working out its kinks as the World Wide Web Consortium and Internet Engineering Task Force work toward WebRTC standardization.

“Until now, building WebRTC into native mobile applications has been extremely complicated and time-consuming,” said Sokol. “As a result, WebRTC has not been a ‘mobile first’ technology, which has to some degree hindered its adoption. Users expect feature parity across platforms, especially for communications features. Digium sees the release of our open source native mobile SDKs as a major milestone in the effort to make WebRTC a mobile technology.”

The Respoke mobile SDKs are available through the Respoke Developer Console, and they allow developers to code and manage WebRTC features such as mobile user identity, message delivery and call signaling into their app’s UI. The SDK documentation resembles the general design of the existing Respoke JavaScript library, and is integrated with the CocoaPods and Maven package repositories for iOS and Android, respectively.

WebRTC has come a long way since Google announced the project in 2011. Sokol said the open-source community has overcome many of the major technical and political hurdles to enable 2 billion devices with support for WebRTC today. That’s expected to grow to 6.5 billion by 2019, according to a recent study.

“We expect to see WebRTC mature into one of the core technologies powering the shift toward ubiquitous, integrated, contextual communications,” said Sokol. “Today we see it filling specific niches in the market, most commonly contact centers and collaboration. As more developers discover how easy it is to incorporate live communications features in their apps, we expect see the use cases explode.”