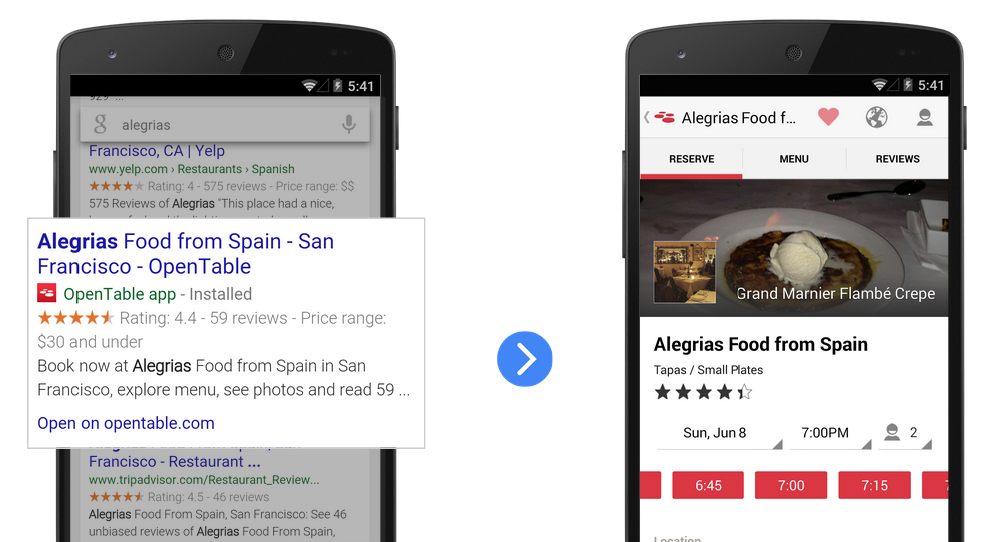 Deep linking is starting to gain some momentum, and Google wants to make sure its developers are successfully deep linking their Android apps.

“We’ve gotten a lot of feedback from developers and seen a lot of implementations gone right, and others that were good learning experiences since we opened up App Indexing back in June,” wrote Mariya Moeva, Webmaster trends analysts at Google, on the company’s blog.

(Related: Deep linking: The foundation for a new mobile Web and Deep linking an Android app)

Over the last quarter, the company reported that the number of clicks on an application’s deep links have multiplied by 10, and about 15% of Google’s signed-in users’ Android searches return deep links to apps through the company’s App Indexing program.

“App deep links are the new kid on the block in organic search, and they’re picking up speed faster than you can say ‘schema.org ViewAction,’ ” Moeva wrote.

1. Get access to Webmaster tools
Webmaster tools provide insight into errors within indexed apps, weekly clicks and impressions, and stats on their sitemap.

2. Understand how an application is performing in search results
Google has introduced two new ways for developers to see how their users are engaging with their apps from search results:
• Sending developers a weekly clicks and impressions update
• Giving developers the ability to track the amount of traffic app deep links drive to their app

“To help you find and fix these issues, we’ll now show you the specific resources we can’t access that are critical for rendering your app page,” Moeva wrote.

4. Be aware of Android app errors
“To help you identify errors when indexing your app, we’ll send you messages for all app errors we detect, and will also display most of them in the ‘Android apps’ tab of the Crawl errors report,” Moeva wrote.

In addition, the company announced three new error types the company will alert developers about: APK not found, no first-click free, and back button violation.