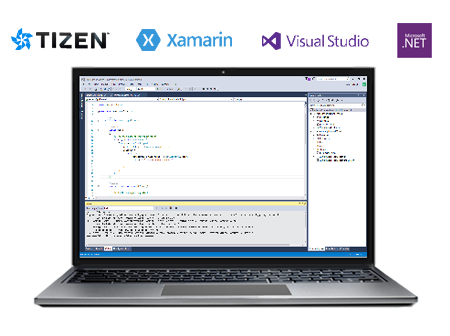 Samsung has announced the first preview of Visual Studio Tools for Tizen. The new release will enable .NET developers to build Tizen apps for smart TVs, wearables and IoT devices. The official release is expected sometime next year, and will ship on Samsung devices.

In addition, Samsung is collaborating with Microsoft on .NET Core, Xamarin.Forms, and .NET support for Tizen.

“Samsung is excited to be a part of the .NET community,” said Seung-hwan Cho, Samsung executive vice president and deputy head of the company’s Software R&D Center. “.NET has an extensive developer base and great potential. Through thoughtful and progressive collaboration with Microsoft, Samsung is expecting to create unique development experiences for both Tizen and C# developers, enriching the Tizen ecosystem.”

The Android phone prototype was created to show the community that it’s possible to build a phone that reduces its vulnerability surface and meets the needs of users. The hardware for the prototype is the Google Nexus 6P. The Nexus and Pixel lines support verified boot with user-controlled keys, according to a Tor Project update.

It’s recommended that users be familiar with Linux before they install the prototype, and with the proper prerequisites, they can install it using software from the Mission Improbable Git repository and downloading a Copperhead factory image for the device.

“The Telerik DevCraft suite has long been a strong toolset for enhancing advancements within the Microsoft technology stack,” said Shawn Nandi, senior director of cloud application development and data marketing for Microsoft. “With the upcoming release of Visual Studio 2017 RC, Progress continues this tradition by helping development teams release applications in concert with Microsoft’s latest and greatest advancements.”

Weave Cloud builds on Weaveworks’ open-source projects like Net, Flux and Cortex. Features include the ability to monitor containers, orchestrators and applications. Weave Cloud includes a real-time map of an application so teams can immediately figure out issues and troubleshoot problems in containers.

More information and features can be found here.

The plug-in for Microsoft Visual Studio Team Services integrates seamlessly and allows teams to fix flaws as part of the Continuous Integration tool chain. Other features include a fast feedback loop, and the ability for users to decide if they want to break builds based on whether or not their scans meet their thresholds. The plug-in also provides seamless integration for the platform, and users can install it from the CxSAST from the Visual Studio marketplace.

The plug-in has been launched in beta and is available here.