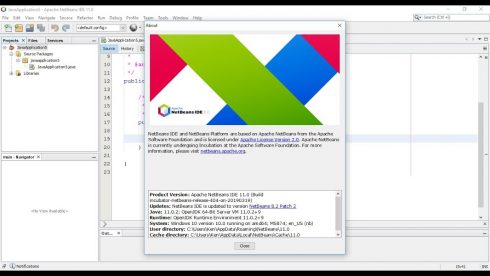 The venerable NetBeans Java IDE has joined the ranks of the Apache Software Foundation’s many Top-Level Projects (TLP), following its version 11.0 release earlier this month.

“Being part of the ASF means that NetBeans is now not only free and Open Source software: it is also, uniquely, and for the first time, part of a foundation specifically focused on enabling open governance,” said Geertjan Wielenga, vice president of Apache NetBeans. “Every contributor to the project now has equal say over the roadmap and direction of NetBeans.”

NetBeans, the open-source Java development environment, tooling platform and application framework, joined the Apache Incubator in October 2016. The project was begun as a student project in what is now the Czech Republic and acquired by Sun Microsystems in 1999. The company open-sourced the project in 2000, and became part of Oracle after it bought Sun in 2010.

Scoped Storage takes the fundamental principle from Application Sandboxing, which is to  isolate apps to protect them from any malicious apps, according to the company.

As users update their existing app to work with Scoped Storage, they’ll be able to use a new manifest attribute to enable the new behavior for the app on Android Q devices, even if the app is targeting API level 28 or lower. Also, Scoped Storage will be required in next year’s major platform release for all apps.

The list of best practices includes how to store shared media files, store app-internal files, work with permissions and file ownership, work with many files efficiently, integrate with the system file picker and more.

The patch fixes two false positives and a panic when macros were checked in Clippy, a tool that provides a collection of lints to catch common coding mistakes.

Meanwhile, the patch for rustup fixes an issue that introduced regression which prevented installing Rust through the shell script on older platforms. Now, rustup the issue, avoids forcing TLS v1.2 on the platforms that don’t support it.

The full details of the fixes can be viewed in this post.