How enterprises will embrace “APIfication” this year 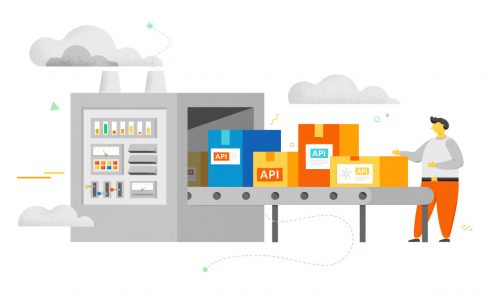 APIs are not new to software development, but Google believes they are becoming more important. According to the company, as the API space continues to evolve, enterprises are headed towards an “APIfication” future — one where APIs will become an essential part of how their software operates.

“APIs have come a long way from the arcane geek-speak of software interfaces popularized by Win32 APIs (still among the most commonly searched API phrases). Today, APIs represent interfaces between businesses and large swaths of internal enterprise services and business units. APIs not only connect software to software but also help to create entire commercial ecosystems, and so have become integral parts of how enterprises conduct business,” Anant Jhingran, CTO of Apigee (a Google company), and Ed Anuff, director of product management for Google Cloud Platform, wrote in a post.

According to Jhingran and Anuff, APIs will go through a number of different twists and turns are enterprises realize the true impact of APIs. They predict:

“As APIs become mainstream, they offer an unprecedented opportunity to drive new business opportunities through ecosystems and new ways of rebooting enterprise architectures via microservices, “Jhingran and Anuff wrote.