The 2014 FIFA World Cup comes to a close this weekend with Germany playing against Argentina in the championship game on Sunday. For the past month, millions of viewers have flocked to the Internet and their mobile devices to live stream the event and stay up-to-date on which team was performing the best. But with the high influx of traffic, have these World cup-related websites, mobile sites and applications been performing as well?

Compuware, an application performance management company, took a look at how FIFA World Cup broadcast partners were performing with the increased traffic. The company found that in the United States, ESPN was the leader in fastest response time and page load, running ahead of ABC, CBS, twice the speed of NBC and five times the speed of FOX. 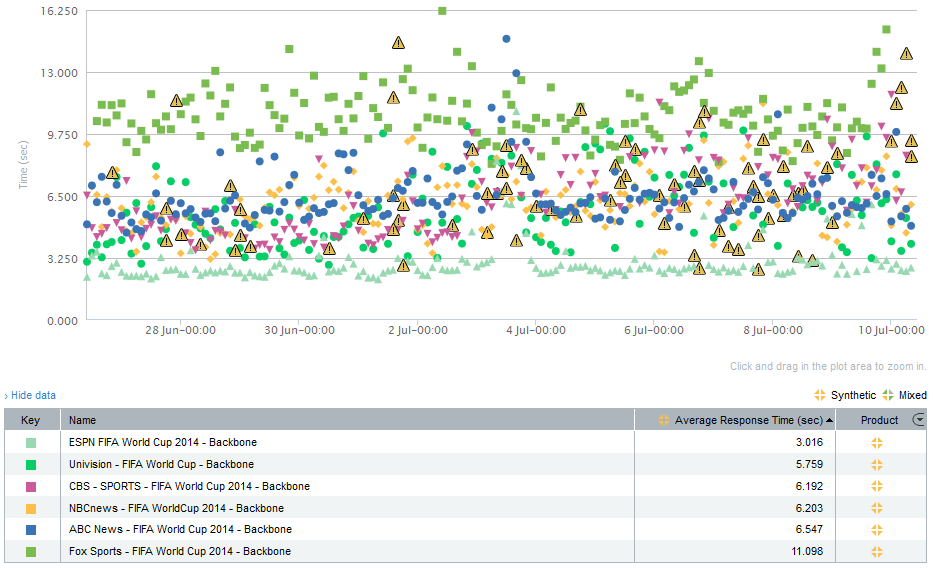 On a global scale, Compuware found that the UK edged ahead of the US with the fastest response times—both had about 5 second response times—with Brazil at 7.5 seconds and Australia averaging around 10 seconds. For the organizations that didn’t make the top performance list, the question is, how can they improve for the next time?

SD Times caught up with David Jones, field technical support engineering manager for Compuware APM, to talk about what organizations and developers can do to improve their application’s performance before high traffic events like the World Cup, what should they look out for during the event and what they should stay away from.

“FIFA has been really interesting from the standpoint of looking at different strategies companies are using to deliver applications,” Jones said.

When preparing for a high traffic event, organizations should:

Jones added that Compuware’s research shows the sites with fewer objects, connections and less content being delivered tend to perform better than others.

During an event, other than looking at all the internal tools that help monitor the health of an application, organizations and developers should look at external components:

What to watch out for:

“Too many companies take things for granted,” Jones said. “Having only internal visibility really is a common trap.” “If you are not able to understand what the performance is from an end user point of view, then you are really putting yourself at a tremendous amount of risk.”