Testing for iOS 11 is more of a challenge for developers 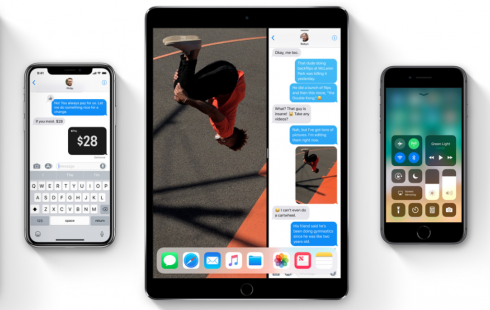 As customers get their hands on the latest and greatest technologies, developers face pressure to keep their solutions up to date with constantly evolving form factors and devices. Earlier this month, Apple released the latest version of its iPhone, iPhone X, and now developers need to support the new phone and operating system as well as account for all the new features.

There are several aspects of the new iPhone X and the new version of iOS that developers need to account for. The screen is not only a different size, but it is also a different shape on the iPhone X; and there is a notch at the top of the screen, which actually takes up a bit more space on the screen. “Developers need to account for a new set of real estate and a new shape of that real estate,” said Amir Rozenberg, director of product management at Perfecto Mobile. “They need to make sure the rendering is correct, that they’re taking good advantage of the real estate that they have, and that they enable a good experience.”

Developers were able to test their solutions on a simulator before the release of the phone, however they are still running into issues with new features such as the notch. According to Rozenberg, on the simulator the notch was displayed, but did not actually show up when developers tried to do things such as take a screenshot or video of an application. While it may only be a minor issue, it does provide an example of how developers are having a bit of difficulty  transitioning from testing on the simulator to actually using their application on the device, Rozenberg explained.

With the home button being removed, there is now a new set of gestures that users need to use in order to get home, go to the control panel, and even dismiss applications. The SpringBoard is no longer the only way to launch applications, so developers have to keep that in mind as well.

The replacement of Touch ID with Face ID also requires developers to change the way things work in their application. “When it comes to in-app purchases, unlike TouchID where you can voluntarily place your thumb on the sensor, in the case of Face ID you’re always looking at the phone,” said Rozenberg. “So I think the flow of in-app purchase has to be a little bit different than Touch ID.”

On top of this, not as many iPhone users are adopting iOS 11 as they have adopted new versions of iOS in the past. “To date, 52 percent of Apple devices are using iOS 11, whereas in the past at this time frame, iOS 10 was at 60 percent and iOS 9 was at 67 percent,” said Rozenberg. He believes this may be due to the way the media is reporting users having issues with the latest OS. Several news outlets have even urged users to hold off on upgrading to iOS 11 until Apple has fixed all of the current issues.

There have also been accelerated releases of iOS 11, with four releases being put out in the past two months. According to Rozenberg this is not traditional and is causing an increased amount of testing necessary for developers. “By now, usually the adoption of the latest OS version on devices would be much much higher and the long tail would look much shorter and the volume on that long tail would be smaller,” Rozenberg said. Now developers have to test not only for older versions of iOS and four different releases of the latest operating system, but also test for all of these operating systems on different devices. Essentially, developers have to multiply their test coverage by 12 to account for the four versions of iOS 11 and the three new iPhones.