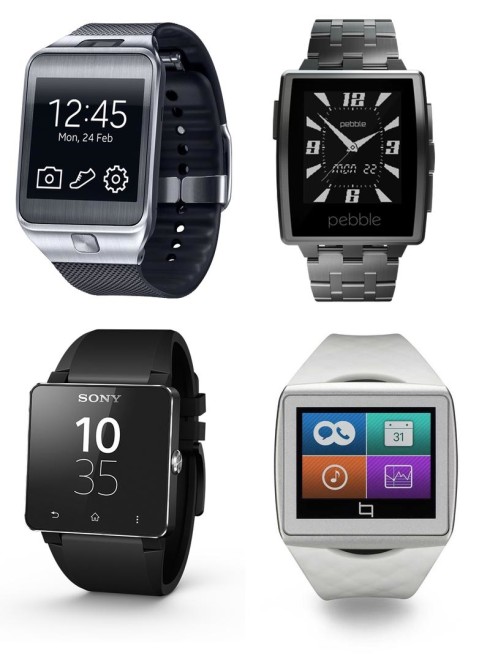 This is the question for each new personal technology wave. Nearly always until technology got personal, it was function that won out. Mainframes, terminals, even the first couple decades of personal computers were ugly things that were focused on doing what they did best but didn’t exactly win beauty contests. Then Steve Jobs took Apple back, and suddenly it was all about how the product looked and not how it worked.

Recall that the first iPhones, while attractive, kind of sucked as phones. They didn’t sit on your shoulder well for hands-free talking, they broke when you dropped them, and they increasingly required expensive data plans that we hadn’t needed before. But we didn’t care: We wanted them, and many of us now have an extra car payment, but it is to pay for our phone.

(Related: A hint at what Microsoft’s smartwatch may look like)

Now we are moving to wearable devices, Steve Jobs isn’t around anymore, and companies like Samsung that are known for more of a function-over-form strategy (who haven’t yet found a feature they don’t like or a size that is too big). So will smartwatches and other wearable devices move to function over form? I doubt it.

Wearable devices
At the center of any wearable device is the wearable part. And with the exception of a few crazy technology geeks mostly getting beat up these day for wearing Google Glass in places where they shouldn’t, folks consider wearable things like they do jewelry.

Think about it: Did you buy your last watch because of what it did or how great it looked on your wrist? Even if you are a guy (and we love features), you likely put it on your wrist and thought how cool it looked. And if it has a ton of features, we probably won’t know how to use most of the features years after we first started wearing it. (Ladies, we love lots of features; we aren’t that great about reading instructions or asking for help on how to use them.)

This was supported by what happened at Google I/O earlier this year. Three smartwatches were shown, two that were feature-rich from LG and Samsung, and one that was more focused on design from Motorola. The winner? The Motorola Moto 360, which looked more like an actual watch than the other two and was arguably the most attractive. Realize that Google I/O is dominated by technology experts, and if any audience should favor function over form it would have been this one. But they favored form over function instead.

Features could be more problem than benefit
One of the other reasons why design may lead is that feature creep can get a product into trouble. Adding cameras—as we saw with Google Glass—creates privacy concerns and probably won’t work that well on a watch either (recall the first Samsung smartwatch had a poor camera on it), and they take battery life (Samsung often ran out of power during the hour the firm was briefing people).

In addition, they just add complexity that can get in the way of what you are doing. The iPod and Palm Pilot were successful because they both did just a few things but did them very well, and while you can grow features once the market is established, hitting initial customers with a massive number of things to learn just doesn’t seem to work out well.

Will size matter?
It may. Large watches are in at the moment, but they are often dwarfed by their smartwatch counterparts, and I recall the amazing Smartwatch HP created what looked like a little tablet on your wrist. I think the Moto 360 likely sets the maximum size for this product in the first wave, but I also expect, based on the HP experience and how smartphones have grown, they’ll likely get larger from here, not smaller.

Design wins with wearable devices
Historically (and based on the results from Google I/O), the market—even without Steve Jobs—appears to again be favoring form over function. This gives Apple, which has historically owned this model, a significant advantage even though they are following LG, Motorola and Samsung to market. But Tim Cook isn’t a form-over-function guy; he is more traditional, which suggests that Motorola or someone else, even Microsoft, could steal the market this time if they get the form right. We’ll see, but one thing is for sure: It will be a very interesting fight.