Analyst Watch: 2015 will be a pivotal year for HTML5 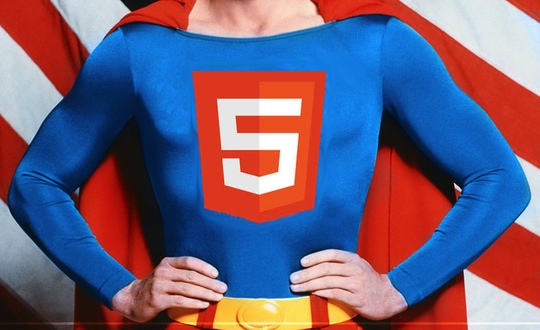 In October 2014, some 25 years after Tim Berners-Lee first sketched the outline of what would become the World Wide Web in 1989, the W3C HTML Working Group voted to pass the final “Recommendation” of the Open Web Platform standard known as HTML5. Five releases in 25 years is not a fast pace of evolution by today’s software standards, especially when you consider that the predecessor standard, HTML4 (HTML 4.01), was released in 1999.

OK, that is not totally fair, because the standardization process moved more quickly earlier and gave us HTML2 in 1994 under the aegis of the IETF, and HTML3.2 in 1997 under the W3C. What is fair to say is that HTML5 has had a fitful and somewhat tortuous path, and in its current state, two competing standards bodies appear to define it: the W3C (which is focused on the “snapshot” standard), and WHATWG (which is focused on the “living standard”).

None of this should take anything away from the importance of HTML5, because it plays an incredible power-balancing role in the industry. HTML5 is the industry’s key insurance policy against total subjugation of computing by a dominant oligopoly of platform vendors. That is, HTML5 bestows strategic safety and a semblance of control to all vendors and enterprises—the rest of us. HTML5 is the only cross-platform human-machine interaction technology managed and evolved by a broad and open industry-consensus process. It is a miracle that we have arrived at a standard. (Well, almost one standard.)

The finalization of HTML5 is of minor relevance to everyday developers, but it is one of several trends that sets up 2015 as a pivotal year for adoption:

Interoperability and patent assurances. A final version of the HTML5 standard is important for certain enterprises and vendors that depend on interoperability guarantees bestowed by such standards. It also provides patent protections to those implementing the technology. HTML5 is an expansive and complex set of technologies with contributions from many players. The standard’s finality confers the rights for compliance with this standard without being sued.

Hybrid apps will reach parity. Browser HTML5 adoption has improved significantly in the last three years, but we are about to witness a major uplift in the impact of HTML5 on mobile applications thanks to improvements in the embedded WebView component in mobile platforms. With the release of iOS 8 and Android L, new WebView components will that implement JIT JavaScript compilers and WebGL.

Until recently, hybrid apps that ran on mobile devices had to contend with an inferior WebView, where JavaScript performed at about a quarter the speed of the Web browser on the same device. This was first remedied with Android KitKat about a year ago, and with iOS 8.x it is now effectively remedied in Apple’s mobile devices. The greatest use of HTML5 technologies on mobile devices will be found in hybrid apps.