A new era in IT architectures 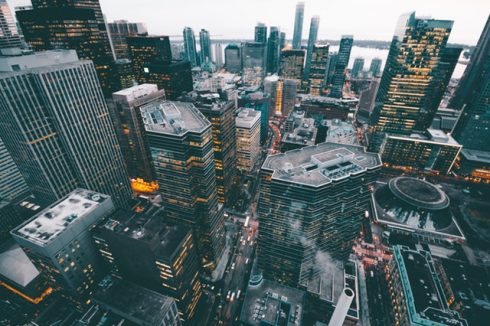 This year microservices, containers, and cloud were extremely prevalent. In June, a survey conducted by Evans Data Corp revealed that almost half of all cloud developers are using immutable architectures and microservices. Several new services came out for managing microservices, including those from major tech companies such as Google, IBM, Lyft, and Apache. Both Microsoft and Oracle released products to help manage containers, and services for cloud architectures such as AWS and Cloud Foundry remained strong. There are also architecture modeling services, such as Erwin and Sparx, that released new updates this year.

In May, Google, IBM, and Lyft announced a new open-source project for connecting, managing and securing microservices called Istio. In September, StackPointCloud announced that it would offer managed Istio support within the Stackpoint.io platform. This service allows teams to better deploy, monitor, and maintain microservice-based applications. Features include the ability to monitor dependencies between microservices, application performance issues, and microservice policies.

In July, Apache OpenWebBeans announced version 1.0 of the Apache Meecrowave project, which is a small server for microservices. In October, ShiftLeft launched an automated security-as-a-service platform for microservices and containers.

With the release of Visual Studio 2017, Microsoft added new features to help developing for container architectures be more seamless, such as the ability to build environments for a Docker image right from Azure Container Service.

“Containers are more popular than ever. Here at Oracle, we use containers for many of our cloud services. While preparing for containers in production, we developed tools to help with building and operating containers,” Vish Abrams, architect for cloud development at Oracle, wrote in a post.

In May, Chef announced new capabilities and updates to its automation platforms to allow businesses to transition to cloud-native and container-first environments.

“Cloud is enabling DevOps more and more,” said Omar Khan, general manager for Microsoft cloud app development and tools. “And we’re seeing developers bringing security into the lifecycle through ‘rugged DevOps’ or ‘shift-left’ of the scanning within the development process — not having to wait to do that stuff once in production.”

In late 2016, Sparx Systems released a new version of its modeling platform, Enterprise Architect Version 13. It featured a streamlined user interface and improvements to the deployment, maintenance, testing, and change control phases.

In June, Hackolade released version 1.7 of its data modeling software that supports MongoDB. Erwin also rolled out a new data governance SaaS solution in November to allow businesses to model what would happen to systems if changes to data were made.

These modeling solutions are important because they can be used to demonstrate complex systems in a simple, visual way. “Using a visual model, anyone, regardless of their technical background, can look at a model and see what parts of the system exist, how they relate to the other parts of the system and how information flows within that system,” said Tom O’Reilly, COO of Sparx Systems.