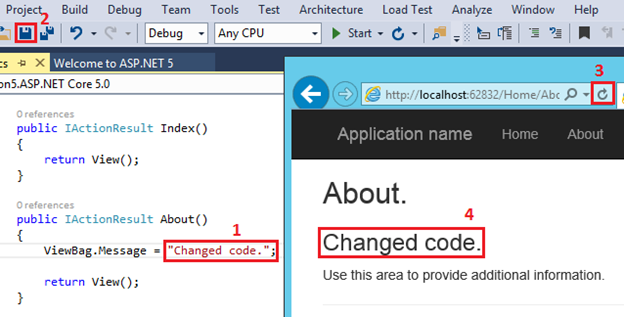 ASP.NET 5 development has been underway for some time, but Microsoft is finally giving the open-source cross-platform Web framework a proper introduction.

Along with new ASP.NET 5 features and improvements delivered with the release of Visual Studio 2015 CTP 6, Scott Guthrie, Microsoft’s executive vice president of its Cloud and Enterprise group, published a blog post laying out the inner workings of the modern Web programming framework.

ASP.NET 5, in development as an open-source GitHub project, is designed to build and run cross-platform ASP.NET apps on Linux, Mac and Windows. First introduced at Microsoft’s TechEd conference in May 2014 and open-sourced right off the bat, the cloud-ready framework offers a single aligned Web stack for Web UI and Web APIs, along with new tooling and dual runtime environments on both .NET Core and the .NET Framework.

Guthrie ran down the major components and features of ASP.NET 5 and what they mean for developers: