Guest View: Want to crush your organization strategy? Study up on neuroscience 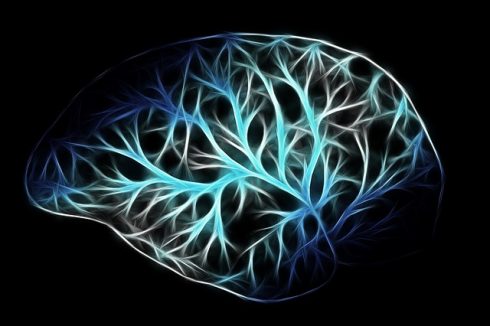 The majority of us have set out on such a mission to reinvent ourselves. And by Valentine’s Day, we’re fishing through the freezer for Rocky Road, the ukulele’s gathering dust in the corner and the “Teach Yourself French” tapes are…well, je ne sais pas où.

A 2017 study by the Statistic Brain Research Institute found that while 42 percent of respondents had sworn them off permanently, 58 percent of us do make resolutions. The study also noted that only 9.2 percent of those who do were successful in achieving them.

The truth is, we don’t fail to reach our goals just because we’re lazy or we lack self-discipline. Those issues may exist, but the fundamental problem is in the way our brains process information.

The human brain isn’t optimized for long-term decisions
Our difficulties with reaching longer-term goals may stem from what UCLA Neurobiology Professor Dean Buonomano describes as “Temporal Myopia”— the inability in the decision-making process to consider the long-term consequences of an action.

In fact, what he refers to as “brain bugs” may stand in the way of our success in multiple ways. First, our brains are hard-wired to identify the quickest, easiest path to gratification. Perhaps it’s the evolutionary result of ancestors that had a far shorter life expectancy, but our brains have been programmed to take advantage of the now, and deal with the later when (and if) it comes.

Second, and equally important, is that thinking of ourselves in a dramatically different future state is like talking to a stranger. You may have an idea of who that person would be—how they would think, act and feel, but today, they’re so far removed that you have no connection to them. They’re intangible. And it’s nearly impossible not to get distracted and demotivated on the path to a highly abstract goal.

Temporal myopia within the organization
How does this translate into the world of business? Simple: organizations are made by people. And organizations have their own New Year’s resolutions; they’re called “yearly planning.” Those plans are meant to transform the business into a specific vision within a given timeline.

As each team, department and executive decides who and what they’re going to be a year (or two or three) from now, they describe an organization that does not yet exist. The more change that’s required, the more distant and imperceptible that future organization is. The people listening—the ones that must buy into the vision and tactically move the business towards it—have difficulty envisioning that reality. Their brains, predisposed to immediate gratification with minimal effort, start looking for an escape. The stage is set for failure.

Tactical actions bring the vision to life
The key is to bring that vision closer to those responsible for making it a reality, keeping them focused and driven, rather than discouraged and demotivated.

The solution is the same for both the organization and the individual. Goals broken down into stages can be better understood and visualized by everyone involved. Digestible, obtainable and reasonable short-term goals effectively overcome temporal myopia, but in the end, combine to deliver the desired result.

The challenge is keeping a focus on both the tactical implementation of short-term goals as well as on the overall vision the company’s striving to achieve. It’s a process of keeping your eye on the ball while remaining aware of everything happening on the playing field.

Agility: The antidote for temporal myopia
I describe it as a delicate balance that’s a lot like skipping a stone across a lake. As a stone skips across the water, it touches down, bounces off the water and is elevated back up. As the stone impacts the water, you’re focused on the tactical implementation, and as it ricochets back up into the air you get a broad view of the horizon.

This illustrates why agile business practices have proven so valuable in so many organizations. Agile expedites the entire process by first identifying the end goal, dividing it into specific increments and then managing the delivery process. Agile propels the stone across the water, facilitates the tactical action of the stone hitting the water and then forces it back up for an aerial view. Breaking down huge projects into approachable parts responds to natural human brain function by satisfying our need for more immediate gratification. And it keeps us aware, engaged and on track.

Apple is a great example of an organization that sets extremely broad and ambitious long-term goals. It then leverages its entire managerial structure to continuously reinforce the company’s strategic direction, driving teams towards a horizon overflowing with innovation, while simultaneously focusing on tactical implementation. That’s what we should all strive for—individually and organizationally.

Despite the fact that both individuals and organizations sometimes fail to attain their goals, setting them remains essential. According to the Statistic Brain Research Institute, individuals who make resolutions are 10 times more likely to achieve goals than those who don’t. That maps to businesses as well. The key for both is in overcoming challenges through an effective plan, and that’s why the agile approach to modern work methodologies is so helpful in driving success.

View all posts by Shannon Mason