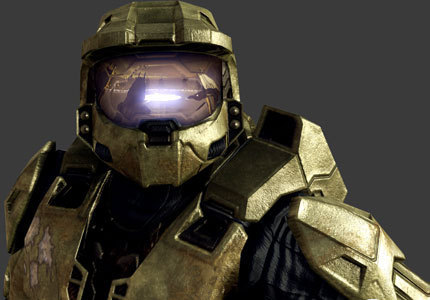 Rumors have floated around for months that Microsoft was finally thinking of dropping the Internet Explorer name.

Rather than the conventional wisdom of Microsoft simply renaming Internet Explorer 12, the rumors paint Spartan as a new browser with extension support and a look and feel closer to that of Chrome and Firefox. For a Microsoft Web development team that’s toiled for years crafting a better browser to no avail, Foley’s latest reported rumors—which often come to fruition—should come as a welcome relief.

Internet Explorer has been around since 1995. That’s nearly two decades. As Microsoft’s Windows PCs moved from their Windows 98 and XP glory days through Windows Vista, Windows 7 and the reimagined Windows 8/8.1, the Internet has evolved around them. It looks hell of a lot different than it used to.

From a pure marketing perspective, a browser name and brand that seemed perfectly fine in 1998 now sounds like the name of a schlocky Nickelodeon cartoon for 10-year-olds.

IE once lorded over the lion’s share of the browser market, but those days are long gone. While Microsoft clung to its archaic brand name, Chrome, Firefox, Safari and others emerged to occupy an ever-expanding piece of the pie. To users, Internet Explorer became (and still is) entirely uncool.

This stilted, obsolete stigma surrounding IE’s perception on the Web also distracted from real innovation and improvements. The latest version of Internet Explorer in particular, IE11, rolled out a completely redesigned suite of developer tools and a new Modern.IE open-source developer site. Most of the bugs, functionality shortcomings and outdated design associated with Internet Explorer are gone, yet the now-modern browser still can’t attract users back.

It’s time for a change. Even the IE development team admitted to considering a rebranding during a Reddit AMA back in August. According to Foley, Spartan will still use Microsoft’s Chakra JavaScript engine and Trident rendering engine—the foundations of IE—but will otherwise be entirely its own.

Even if Spartan is only a new browser in name and cosmetic user experience, it’ll make a monumental difference in convincing users to give it a try. Perception is a powerful force in the market. It’s the basis for the advertising industry. A shiny new desktop or dock icon, marketed the right way, could make all the difference.

Microsoft as a company has undergone a period of rapid, pronounced cultural and technological change under Satya Nadella, so it’s mildly surprising the CEO has taken this long to OK an update to a Millennial relic the company openly parodied in its “Escape from Windows XP” browser game.

Spartan isn’t even an official name, though playing off the signature soldier of the popular Halo franchise, a la Microsoft’s virtual assistant Cortana, is not a bad idea. We may learn more during Microsoft’s next Windows 10 event on Jan. 21. Beyond the rebranding, an even more encouraging sign would be plans to release mobile versions of the Browser on Android and iOS.

Internet Explorer has had a good run, but it’s been asked to keep working well past middle age. The old-timer is long overdue for retirement.