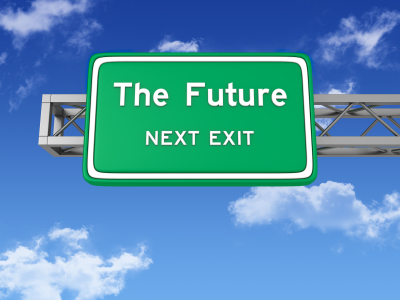 ECMAScript 6, the landmark official update to JavaScript, has entered the next phase of the standardization process along the road to a June 2015 wide release.

ECMAScript 6 will be the first update to standardized JavaScript since 2009, and the first truly foundational restructuring of the language since 1999. The overarching goal of ECMAScript 6 is to improve speed and performance in coding larger, more complex Web applications, through the implementation of a redefined language syntax featuring module and class support extensions under the same familiar semantics JavaScript developers are used to.

Mozilla research fellow and ECMAScript project editor Allen Wirfs-Brock has submitted ECMAScript 6 Release Candidate 1 for review by TC39—the Ecma technical committee in charge of maintaining the standard—ahead of a March meeting in Paris at which it is expected to approve the draft. Following committee approval, the spec will enter the Ecma International standards machine itself for another three-month review process, culminating in the next bi-annual Ecma general assembly meeting on June 17-18 in Switzerland.

“The expectation, if no unexpected issues come up, is that the Ecma general assembly will vote to ratify that final draft—with some editorial prenups along the way—as the official Ecma-262 standard,” Wirfs-Brock said. “If all goes well, in June ES6 will be the current ECMAScript standard for JavaScript.”

Throughout the specification’s open development process, experimental language features have already been implemented in various stages of production in browsers, including Firefox, Google Chrome’s V8 engine and in open-source JavaScript runtimes such as io.js. Wirfs-Brock said the legacy of ECMAScript 6 won’t be clear until four or five years of wide deployment and broad use.

“ECMAScript 6 is such a significant advance over previous versions of JavaScript that it’s really what all JavaScript programmers will come to expect over the next couple of years,” he said. “It’s going to take time; it’s a big change, but there will be a whole lot of pressure on the browsers, server-based systems, and everyone else who uses JavaScript to adopt and be fully conformant to ES6.”

ECMAScript 6 also represents a landmark culture change in how the language is updated going forward. Wirfs-Brock sees the standard serving as the foundation of modern JavaScript for the next decade or two, as JavaScript moves to a standard yearly release cycle rather than massive updates every half-decade.

To get a sense of just how big a release ECMAScript 6 truly is, he pointed to the sheer number of pages in the specification. What began as a first draft of 266 pages in 2011 is now a 653-page specification introducing substantial new semantics and enough pseudo-algorithms and programming concepts to be considered one giant block of code ready to be debugged as the implementation takes hold on the Web in the coming years.