Oracle CloudWorld: How the cloud can help with security efforts 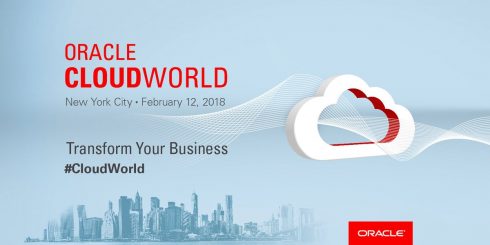 As companies grow, they find themselves faced with an increased need to manage risk, said Mark Hurd, the CEO of Oracle in his keynote speech at Oracle CloudWorld 2018.

According to Hurd, technology innovation and consumer adoption are increasing faster than IT can keep up. He also claimed that 80 percent of the IT budget is spent on maintenance of old legacy systems.

Even though the latest pressure point in the industry is security, it seems that most still aren’t taking it seriously, said Hurd.

What makes it even harder is that most organizations have all of these different systems in their environments. Hurd compared it to a bunch of different LEGO sets glued together. He noted how one of the questions during the Equifax hearing was “Why didn’t you patch?”

Even though it seems like such a simple preventative measure, patching can be difficult when you have all of these mixed systems in your infrastructure. This is where cloud comes in. For example, when Oracle’s customers get a patch from Oracle, sometimes it can take months for them to actually apply it. In the cloud, that same patch could be applied immediately, Hurd explained.

Mark Frissora, the CEO of Caesars Entertainment, took the stage to talk about his experience moving to the cloud. A lot of Caesars’ systems were old, legacy systems, Frissora explained, so the company decided to make a move to the cloud.

By the end of the month, Caesars Entertainment will be 60 percent digitized, and by 2020 it will be completely in the cloud.