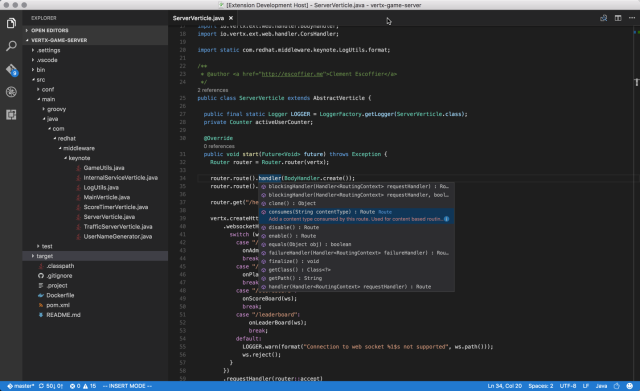 Red Hat released its Java language support extension to the Visual Studio Code marketplace late last week. The release came with a list of features that will help developers make use of the Java language server.

According to a blog post by Gorkem Ercan, principal software engineer with Red Hat, the abundance of frameworks, languages and other technology “hinders the ability of IDEs and code editors to support” all of these choices, which is why developers often choose a bunch of different IDEs and editors to get the support they need.

One way to solve this problem is to utilize a language server protocol, which provides a way for editors and IDEs to integrate with servers, he said. The release of Red Hat’s Java language support extension to Visual Studio Code will make use of the Java language server, and will make “VS Code more fun to use for Java developers,” said Ercan.

Some of the features in this release include Maven-based project support, code completion, Javadoc hovers, code outline, code navigation, highlights, and code formatting. Ercan said that developers should expect more deployments with different tools in the near future.

Additionally, he noted that Red Hat is working with communities like Eclipse Che to make the Java language server available for its tools as well. Developers can see all the features for Java language support for VC here.