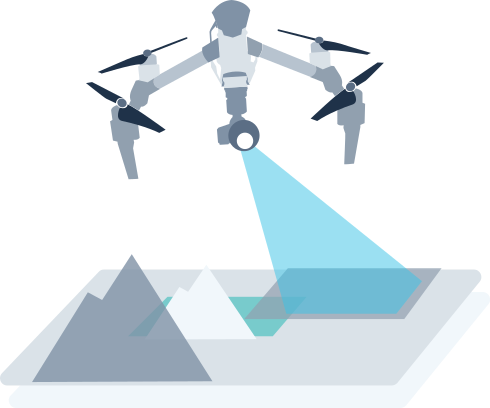 The FAA’s commercial drone rules will go into effect at the end of this month, but already drones are taking off all over the world. DroneDeploy, a cloud software platform provider for commercial drones, announced it has reached 5 million acres mapped with its software, just months after it announced it had reached 2 million acres. According to the company, it took 16 months to reach the first 2 million milestone, and only a quarter of the time to more than double it.

“It’s amazing to see the growth and evolution of the commercial drone industry,” said Mike Winn, CEO and co-founder of DroneDeploy. “In just a matter of months we’ve seen a notable increase in the number of businesses integrating drones more deeply into their workflows, namely in the agriculture, construction and service provider sectors. Equally exciting is the emergence of new rapidly growing sectors such as Inspection and oil and gas.”

Based on the 5 million acres mapped, DroneDeploy has released its second Commercial Drone Industry Trends report detailing where it sees the commercial space growing. The report reveals agriculture, construction, drone service, mining, and surveying are dominating the commercial drone space. New emerging drone adopters include education, emergency, inspection, oil & gas and real estate. In addition, the fastest-growing industries, according to the report, include mining, inspection, and oil & gas.

The increase of drones in the mining industry can be attributed to the safety and efficiency drones bring to monitoring site progress, measuring aggregate volumes and ensuring regulatory compliance, according to DroneDeploy. The report also notes new uses for drones in the agriculture industry are emerging such as plant counting and stand establishment analysis.

In addition, DroneDeploy sees the improvement to drone hardware as a factor in the increase of commercial drone uses. According to the report, the top five drones are DJI, Sensefly, 3DR, AgEagle and Parrot with quadcopters dominating the space over fixed wings. The top five drone cameras are DJI, Canon, Sony, GoPro and Mapir.

“Part 107 is about to dramatically simplify commercial drone regulations in the U.S., and it won’t be long until drones on the job are a common sight,” according to the report.