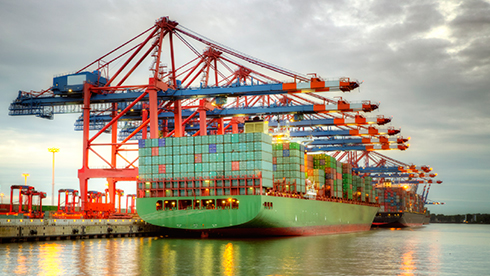 After two years of gathering hype and bringing attention to long-neglected Linux containers, Docker announced today in Amsterdam that it will offer Docker Hub Enterprise, its first commercial product offering, in February of 2015.

Docker Hub Enterprise is an on-site version of the company’s popular online repository for Docker images. That repository currently weighs in at more than 100,000 users and organizations, but David Messina, vice president of enterprise marketing at Docker, said that enterprises and organizations were asking for a hosted version of the storage system.

“Enterprises see Docker as the foundation of their next generation of distributed applications,” he said. “Because of that, and the model built around it of discrete micro-services, each Docker container that ends up being a service needs to be stored behind their firewall, and it has to tie into workflows, encryption keys, security and governance.”

This is the first time companies will be able to pony up cash for products from this Valley darling startup. It’s also the first time recent Docker acquisition, Koality, will be brought to bear upon Docker’s enterprise users.

(Palantir is the giant software firm known for working with the NSA and the Department of Defense on very large, very secret and secure projects.)

Today’s announcement was made alongside other significant additions to the Docker platform. Specifically, the company announced a whole array of new features for its core platform, which will allow developers to more easily compose multi-container applications.

Docker and IBM also jointly announced bringing Docker Hub Enterprise into IBM’s cloud, and announced the availability of enterprise services based on Docker from IBM.