Kubernetes solutions took over in 2018 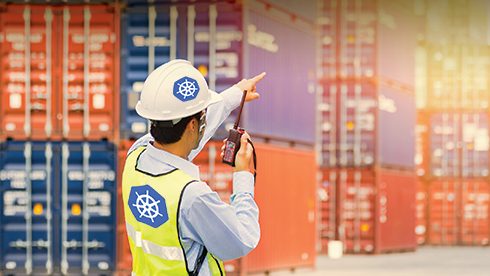 Last year was a big year for containers, and in particular Kubernetes, with several of the major cloud providers offering new Kubernetes solutions.

Kubernetes graduated from the Cloud Native Computing Foundation in March. Kubernetes was the CNCF’s first project and was the first opensource project to graduate as well. Kubernetes 1.1 was released at the end of that month, featuring a beta of the Container Storage Interface (CSI).

In August, Google announced that it was investing $9 million in Kubernetes development, to be spent over the next three years to cover the infrastructure costs of developing Kubernetes, such as running CI/CD pipelines and providing the container image download repository.

Google announced in May that container runtime containerd was generally available. Containerd was developed by Docker and then donated to the CNCF.

At Google Cloud Next 2018 in July, Google revealed GKE (Google Kubernetes Engine) On-Prem. The solution enables users to modernize existing apps without having to move to the cloud.

Amazon also joined in with its own solution for AWS: Amazon Elastic Container Service for Kubernetes (Amazon EKS).

Early in the year, Pivotal and VMware announced the general availability of their Pivotal Container Service (PKS), which enables operators to run Kubernetes at scale.

Atlassian released an open-source Kubernetes autoscaler called Escalator. Escalator solves many of the issues associated with autoscaling, such as clusters not scaling up or down fast enough.

In July, Istio was launched. The open-source project was initially formed by Google, IBM, and Lyft as a way to reliably connect, manage, secure, and monitor Kubernetes-based clusters of microservices. Istio 1.0 defined a way of managing traffic between microservices, provided standard enforcement of access policies, and provided a uniform method for aggregating telemetry data for monitoring and management.

Earlier in the year, Red Hat had also acquired Kubernetes and container solution provider CoreOS. After the acquisition, CoreOS open sourced the Operator Framework, which is a toolkit for managing Kubernetes applications “in a more effective, automated, and scalable way.” The next month, it released Operator Metering in order to offer a way of gaining insights on the usages and costs of running Operators.

The Open Container Initiative (OCI) also released the Distribution Specification project. The project was created to standardize container image distribution. “With the booming development in container and cloud native technologies, the community needs a reliable industry standard for distribution to allow for increased interoperability along with a neutral home to evolve the specification,” said Chris Aniszczyk, executive director of OCI.