Inside the enterprise, innovation is a thing. An object you can put your hands on and quantify with metrics. Innovation is the stuff of committee meetings, management chains and heavily monitored processes. Most enterprises could be seen as slow innovation manufacturing lines, cranking out modicums of new ideas to keep themselves afloat in the seas of business.

Uncoupled from the need to make money and do business, however, innovation in software development can look as innocuous as a cardboard box. At the Game Developers Conference in San Francisco this week, many of the tools enterprises use to create and maintain their innovative software were on display.

(Related: Can cybersecurity education be a game?)

Yet, tucked into the many aisles of booths in San Francisco’s Moscone Center was also an area that highlighted unique interface devices created by independent game developers. These displays showed just how far afield software can be spread.

The wild devices shown off in the Alt.Ctrl.GDC.Showcase ranged from an inflatable dome made of trash bags, to a complex spaceship control panel modeled on those of World War II submarines.

The displays themselves are even reinterpreted here. VinylOS is an interactive experience that uses a spinning record on a turntable as its display screen. A projector mounted above the turntable projects the field of play onto the record itself. 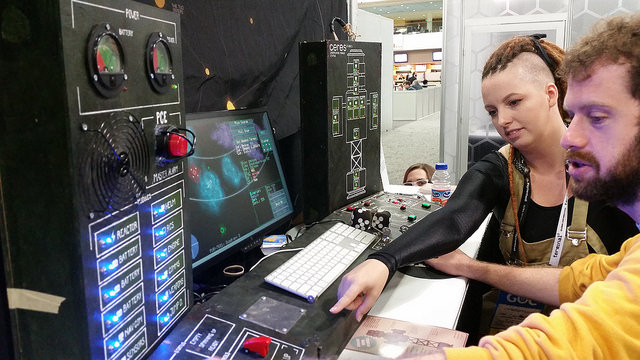 Flat Earth Games favored a more traditional button- and-toggles interface. The game was designed by Elissa and Leigh Harris, who are, evidently, big fans of submarines. The multiple interface panels they’ve built for the fictional Ceres spaceship includes dozens of flashing buttons and lights that require constant attention from the player. 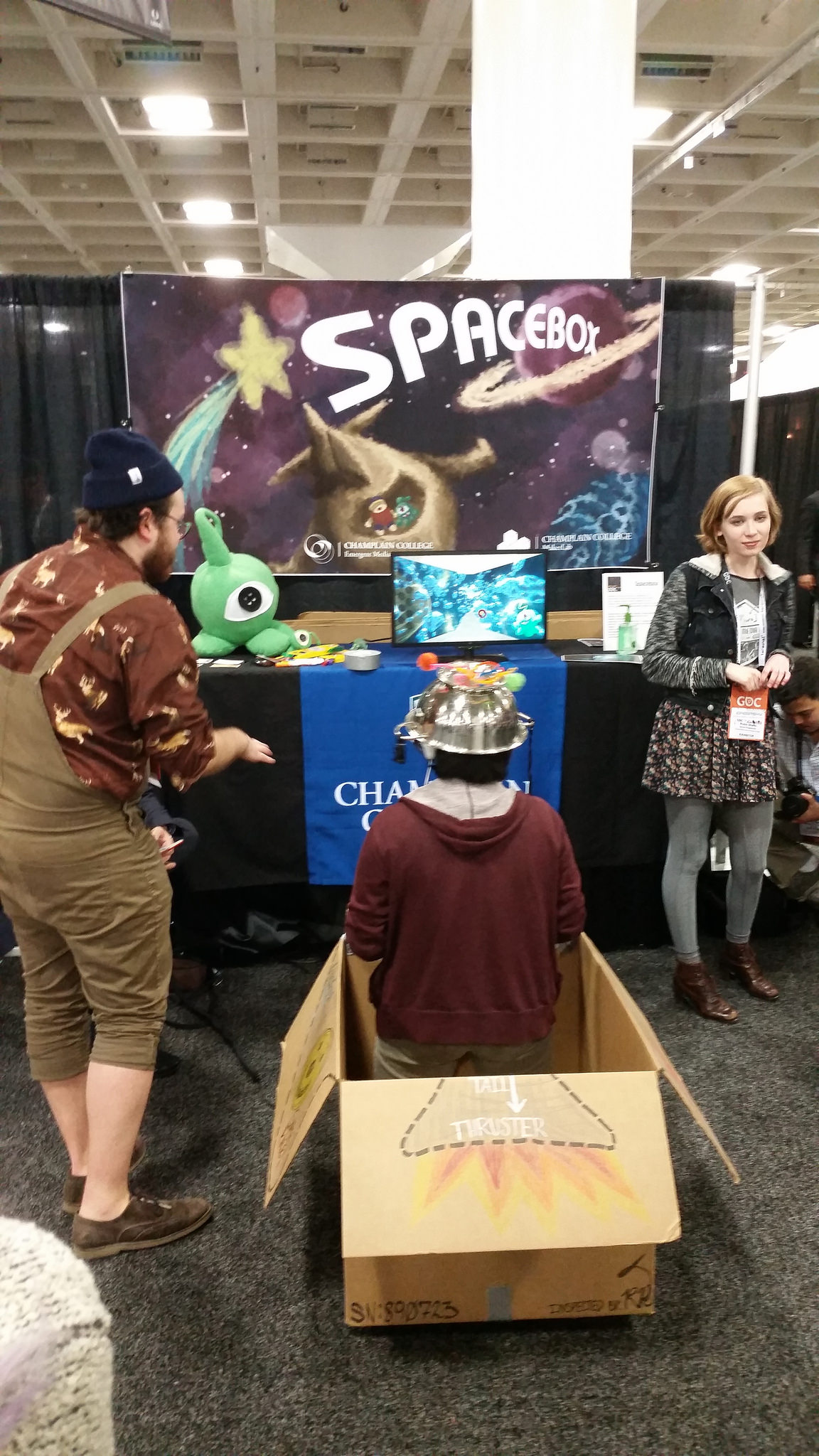 Spacebox gets literal with its interface design

Spacebox came all the way from Champlain College in Vermont, but that distance pales in comparison to the stellar distances traveled in the game. Built by Champlain students from a cardboard box, markers, an Arduino and some Unity code, Spacebox places the player in the guise of a child imagining space flight inside a makeshift box ship.

Other interfaces within the exhibit included an entire bookshelf where the books themselves performed in-game actions when the user tilted them outward; a crowded elevator simulator called Schadenfreude; and even a multiple-choice trivia game that used a sneaky robotic finger to choose the wrong answers when players dawdled.

Finding what was left behind
The Game Developers Conference also highlighted some of the perils of the industry’s increasing desire to preserve its own history. Traditionally game development studios are terribly unstable. A single missed payment from a publisher can tank an entire studio overnight, leaving unfinished games sitting on people’s abandoned desks.

Armed with a state almanac compiled by teachers, the player would traipse through North Dakota seeking the missing felon as they did in all the series’ other titles. Unfortunately, the project was never published, and only 10 copies were ever produced, which were mailed to the teachers involved in the project.

Frank Cifaldi is a digital archaeologist. He tracked down the game, flew out to North Dakota and interviewed many of the people involved in the project. He seeks to save such lost works, as he did with Penn and Teller’s Smoke and Mirrors and other older unpublished titles.

To support this work, Cifaldi on Monday announced the founding of the Video Game History Foundation, a non-profit designed to digitally preserve lost assets, games and ephemera from the games industry.