Building a data science team for the enterprise 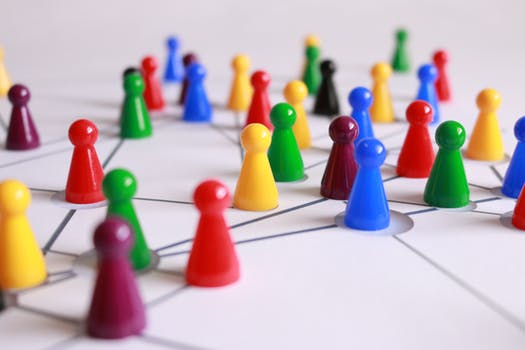 Data scientists are no magicians, but they are in high demand.

Researchers and analysts in this space recognize the diversity and explosion of Big Data, but the only way enterprises are going to be able to prepare for the future of Big Data is with a data science team capable of working with dirty data, complex problems, and open-source languages, experts in the field say.

According to Forrester research from 2015, 66 percent of global data and analytics decision-makers reported that their firms either expanded or are planning to implement Big Data technologies within the next 12 months. Enterprises today are becoming more serious about Big Data and analytics, and they’re looking to attract data science talent so they can achieve all of their objectives for their data programs.

“There are certain data science rock stars [who are] completely up to speed on deep learning and typically have a doctorate degree,” said Thomas Dinsmore, a Big Data science expert who works at Cloudera. “The big tech companies basically bid up the salaries of those folks, so hiring is challenge and difficult, but not impossible.”

Just take a look at salary data. Glassdoor reports that the national annual salary for a data scientist is $113,436, with big tech companies paying their data scientists anywhere from $108,000 to almost $135,000 annually. And on LinkedIn and other job board sites, recruiters are constantly searching for people that fit the data science role.

Finding a “data rock star”
Part of the reason it’s so difficult finding a data scientist is the role is still not completely clear in many organizations, said Dinsmore. Companies are not always sure what qualities, characteristics, or background they should be looking for in a candidate. In addition to the data science “rock stars,” there are entry-level data scientists, or those who are young and typically have a great understanding of popular open-source languages, coding, and hacking. And because they are “steep in this data science culture, they can add value very quickly when they come on board to a large enterprise,” said Dinsmore.

The number one characteristic a solid data scientist candidate should have is the passion to develop insight from data, which Dinsmore says some data scientists have, and some don’t.

“It’s not necessarily a matter of training in a particular language, because this field is changing so fast, the language or framework or library that is most popular today may not be the most popular in two years,” said Dinsmore. “The thing that sets capable data scientists apart is these people typically have gone out and grappled with data, and drawn some sort of insight from it.”

Since data scientists will have the skills needed to work with analytics and data insights, they become critical components of the actual ‘insights teams’ in place in some organizations, according to Forrester analyst Brian Hopkins, It’s the insights teams that build applications that connect data, insights, and action in closed loops through software, he said.

“If utilized in this way, data scientists becomes critical to achieve an insight advantage, which spells profitable growth in the digital economy,” said Hopkins.

Data scientists should also stay connected to business outcome changes, according to Hopkins. Organizations feel that they need to place their data science team in a room and just feed them data in order for them to do their job, but he disagrees.

“You need a very good working relationship between data science and data engineering, so your engineers are working to free data scientists from having to futz with data access, data quality, and data timeliness,” he added.

Trend towards open data science
Besides the influx of unstructured data, researchers and analysts have noticed a major trend towards open data science. As of today, there is an overwhelming majority of data scientists who prefer open-source data tools, said Dinsmore. In contrast, 10 years ago, if you spoke to working analytics, you would find that commercial tools were the most preferred.

These enterprises were adamant about using standardized tools or one commercial tool, and now they are broadening their horizons and are comfortable working with open-source data science tools, he said. No one is replacing their commercial tools, but instead, using open-source tools to work side-by-side in an organization.

Plus, the cadence of development in open-source languages like R and Python is so much faster. Take TensorFlow, for instance. It was released in 2015 and within a few months, it was the most widely developed machine learning package in the ecosystem, said Dinsmore. And it’s still a trending repository on GitHub.

Data scientists want flexibility, they want the ability to add and work with new packages, and they want to experiment. They want to work with the tools they are comfortable with, said Hopkins, so if they want Python notebooks, so be it. If they need a version of Spark, the company needs to provide it.

On the other hand, the IT organization wants stability, a limited number of discrete types of software, and above all, security, said Dinsmore.

This conflict can be managed, but it depends on the degree to which an organization can take advantage of open source tools, which can create a “data jail model,” according to Dinsmore. This means data scientists end up running a query and extracting data to their laptops so they can continue to do the work their way. This leads to what Dinsmore says are “laptops in the wild.”

Essentially, there is a whole slew of data scientists who are doing Big Data science on their laptops from extracted data platforms. All of that data is uncovered, insecure, unmanaged, and unsynchronized, said Dinsmore.

A solution is to give data scientists the ability to simultaneously, through containers, have a secure environment for the data, and also have contained and isolated instances available for data scientists to work in the packages they choose, he said.

“It’s very important for organizations to find a way to standardize their data science tooling without sacrificing the ability to experiment and innovate,” said Dinsmore. “That implies choosing a basic platform that will enable experimentation and collaboration, but does not entail just sort of laying down a dictate.”