This week’s highlighted open-source project is etcd, which is a key-value store that provides a reliable way to store data needing to be accessed by a distributed system.

Key features of the project include its simple interface, key-value storage, the ability to watch specific keys or directories for changes, optional SSL client certificate authentication, optional TTLs for keys expiration, and distribution via the Raft protocol.

The project recently graduated from the Cloud Native Computing Foundation (CNCF). Graduation from the CNCF indicates that a project has “demonstrated growing adoption, an open governance process, feature maturity, and a strong commitment to community, sustainability, and inclusivity.”

“The etcd project is a key component inside Kubernetes along with many other projects that depend on etcd for reliable distributed data storage,” said Chris Aniszczyk, CTO of the Cloud Native Computing Foundation. “We remain impressed by the milestones that etcd continues to reach in scale and mature handling of its recent security audit, we look forward to cultivating its community as a graduated project.”

Etcd was created by CoreOS in 2013. It joined the CNCF as an incubating project in December 2018. It is currently in production at a number of companies, including Alibaba,  Amazon, Baidu, Cisco, EMC, Google, Huawei, IBM, Red Hat, Uber, and Verizon. 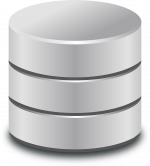 The container wars are heating up