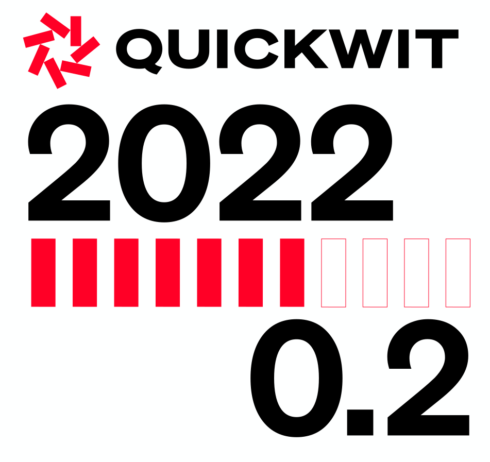 Quickwit is an open-source search engine on object storage with subsecond latency for large datasets.

The project made by the authors of the Rust search engine library tantivy recently raised $2.6 million in a seed round co-led by FirstMark and firstminute with many more participants.

Quickwit 0.2 was launched in January with new features such as the ability to ingest Kafka natively with exactly-one semantics, a search stream API, PostgreSQL metastore, tag pruning, and a proper indexing pipeline.

The search engine uses a different approach than Elasticsearch which relies on document replication. Meanwhile, Quickwit indexes documents on a single node and leaves it to an object storage to replicate the resulting index files.

“We need to replicate documents somewhere, to consider them ingested,” Paul Masurel, co-founder of Quickwit wrote in a blog post. “We make it possible for users to plug Quickwit straight into their favorite distributed queue. Right now Quickwit only supports Kafka.”