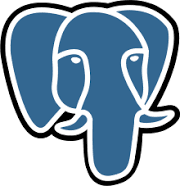 Performance improvements include optimizations to b-tree indexes, queries on partitioned tables, and several improvements to indexing in general.

With this release, just-in-time (JIT) compilation, which was introduced in PostgreSQL 11, is now enabled by default. According to the Global Development Group, this feature provides performance enhancements during executions of expressions in “where” clauses, target lists, aggregates, and some internal operations. It is available for PostgreSQL installations that are either compiled or packaged with LLVM.

“The development community behind PostgreSQL contributed features for PostgreSQL 12 that offer performance and space management gains that our users can achieve with minimal effort, as well as improvements in enterprise authentication, administration functionality, and SQL/JSON support.” said Dave Page, a core team member of the PostgreSQL Global Development Group. “This release continues the trend of making it easier to manage database workloads large and small while building on PostgreSQL’s reputation of flexibility, reliability and stability in production environments.”

A full list of features in PostgreSQL 12 can be found here.