Report: Node.js is becoming a universal framework for digital transformation 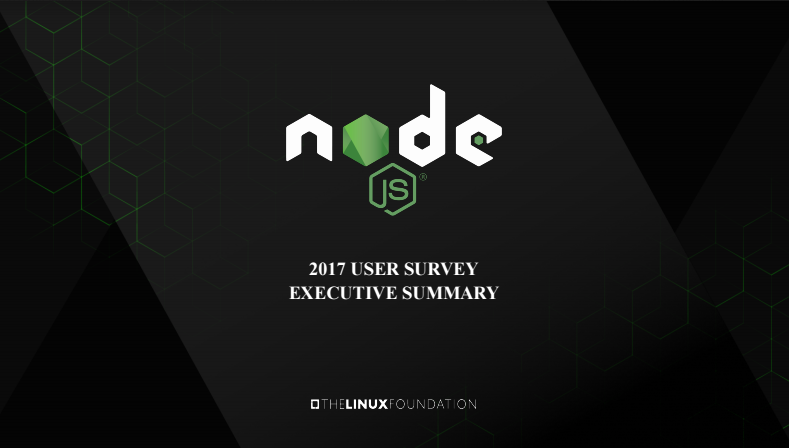 Node.js usage is expanding across a variety of applications and development environments. According to the recently released Node.js 2017 User Survey, the JavaScript runtime is moving beyond an application platform and towards corporate data, app modernization and the Internet of Things.

The Node.js 2017 User Survey was released by the Node.js Foundation as a way to demonstrate how Node.js is being used, the type of technologies it is being used with, language preferences, development environments, and education tools.

“Given developers’ important role in influencing the direction and pace of technology adoption, surveys of large developer communities are always interesting,” said Rachel Stephens, analyst for RedMonk. “This is particularly true when the community surveyed is strategically important like Node.js.”

According to the report, the benefits of Node.js is making it one of the top universal development framework for today’s modern, digital world. Respondents cited increased developer productivity, improved developer satisfaction, and reduced development costs as top benefits.

A majority of respondents also revealed their organizations are using Node.js for the backend, full stack and front end. Other focus areas included: DevOps, desktop apps, mobile, IoT and security.

The tools and technologies respondents are using Node.js with include databases, front end frameworks, load balancing, and containers, according to the survey.

“Modernizing systems and processes are a top priority across businesses and verticals. Node.js’ light footprint and componentized nature make it a perfect fit for microservices (both container and serverless based) for lean software development without the need to gut out legacy infrastructure,” the foundation wrote in a post.

Other key findings included: Developers are using Node.js for web apps, enterprise apps, and Big Data and analytics; programming languages include JavaScript, Python, Java and PHP; and the typical Node.js user is college educated with six to nine years of development experience.