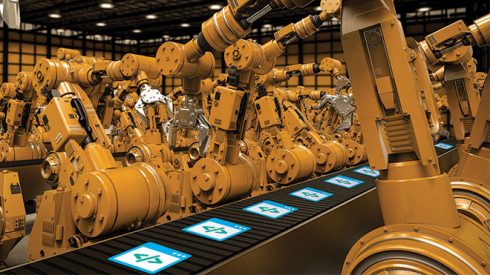 Development teams thrive on precision. They need specific requirements to write clean, tight code. They need to write tests that will accurately reveal any flaws in that code. So when development managers are told they need to consider value when developing software, the reaction is, “Well, what do you mean by value?”

In 2019, businesses will more regularly look in on their IT processes to determine if what they’re doing drives value for the business. It’s not enough to simply create a great application. If people aren’t using it, or are getting to a certain point and then bailing, that’s not delivering value.

But how do organizations measure if the work they’re doing adds value? Enter the value stream, which those organizations can create to understand how the processes they have in place and the software they create delivers — or fails to deliver — business value.

Because of the complexity of modern application development, visibility into the entire process and the entire system is critical. Agile and DevOps enable organizations to deliver and deploy software faster than ever, and putting metrics on top of that begins to answer the question of whether or not each step or each software iteration is delivering value.

But the term ‘value stream’ is kind of a new, nebulous concept that organizations are trying to get their heads around. In a nutshell, the concept is to measure and evaluate all of the end-to-end activities involved in bringing software to market, and getting the most value you can from that.

This requires a change in thinking as much as a change in process. Most companies today are not thinking in terms of a value stream. They take a local approach to their business: Let’s do Agile, or let’s do DevOps. What this does is make segments of the value stream go faster, but doesn’t look at the overall process and result. This approach could lead organizations to apply resources to the wrong place, and not to whatever their bottleneck is.

“The whole goal is to stop us thinking of silos,” said Mik Kersten, CEO of Taskstop and author of the book “Project to Product,” on managing the flow of work from a business perspective. “You’re looking at value from user story open to user story close, to code commit. And DevOps takes it further, to deploy. We need to think like manufacturers do, from customer request. What they’re pulling and how long it takes to get that to market.”

Plutora’s Jeff Keyes, director of product marketing, defined value stream this way: “Value stream mapping is an exercise of looking at software delivery not from a deployment pipeline, the Gary Gruver style, but from a ‘how do I get software from the point of ideation’ — looking at it from the customer perspective. The way that I would define value stream is it’s purely looking at the exercise of construction of that product, which is software and software service, for the customer from the customer perspective. And the point of value stream management is managing your software delivery from that point of view. Success isn’t the fact that you build code faster, or have X coverage. Success is the fact that you had this idea and now it’s in the customers’ hands, and there’s tools out there to see how the customer is using it and you can incorporate it into your [development cycle].”

Kersten added, “If you’re doing a transformation, and you want your mobile apps to get out faster, you might have the knee-jerk reaction many organizations have had, ‘let’s hire more developers, let’s get agile going, let’s get CI/CD going.’ I can’t tell you how many organizations I’ve seen do that, and then at the tail end, they realize that their bottleneck was not the developers, or their ability to deploy, but the fact that their ratio of UX designers to developers was 1 to 100, or 1 to 200. And of course they didn’t realize that until too late, because they were looking at optimizing a part, such as a deployment pipeline, or how they do Agile, rather than the end-to-end value stream.”

One of the key ways to increase value in what you deliver is by eliminating waste. Lean manufacturing operations already use value streams, and it’s now making its way into IT.

Flint Brenton, CEO of CollabNet VersionOne, said organizations need to tie their development platform to the business to derive value. “You have to give visibility in to the process from development to deployment, and create a value stream model with both the developer point of view and the business point of view,” he said. “There’s no other way to benefit from enterprise value stream management than by tapping into the full promise of scaling Agile and DevOps orchestration. Value stream enables that due to its unique way of bringing together planning, Git version control and DevOps to close the gaps and remove barriers to smooth value streams that span the enterprise.”

To effectively connect work to the business, according to Tasktop’s Kersten, “the key thing that needs to happen is to switch to a product-oriented paradigm” instead of viewing development work as a project. This, of course, requires a not-insignificant culture shift and its inherent pain.

So Anders Wallgren, CTO at Electric Cloud, said, “I would tell people not to change until the pain of not changing becomes greater than the pain of change.”

What should you measure?
Once an organization has decided the pain of not changing is too great, and they want to create value streams, one of the first key things to do is to collect data. The first part of that, according to Plutora’s chief marketing officer Bob Davis, involves release planning, coordination and orchestration.

“When you’re looking at an enterprise release, you’re having to mix together multiple of these different project teams together to end up with some scope set of features and functionalities across these teams, which — we’d love for them to be all independent with no dependencies, but that ain’t life,” Davis said. Coordinating the activities and workflow around taking releases forward is part of it. Managing test environments is another. According to Davis, only 40 percent of pre-production test environments are in the cloud, and even fewer have any level of automation. This makes it difficult for organizations to move away from the spreadsheets they use to track what’s going on.

But tooling has often stood in the way of these transformational efforts, as each department wants to use the tools they always have. This, though, makes it difficult to gain visibility into the overall work effort, unless you can integrate and orchestrate the information coming in from those disparate tools.

Kersten said, “There’s a ton of functional specialization in our organizations, and we need to, because business analysts, graphic designers, marketing, developers, infrastructure admins, those are different functions, and they have different tools. I’ve learned it takes a village to build software. We have to recognize that there are all these specializations, and that’s OK, that’s great. In medicine, you used to go, a hundred years ago, to one doctor, and he would attach leeches to you and help heal you that way. But now you go to all these specialists, because the discipline of medicine has become much more complex. The problem with that is that the handoffs between specializations become the bottlenecks. In the U.S., for example, the medical errors that come from handoffs are one of the leading causes of death. When things are siloed and you can’t transfer information in an automated way, those handoffs become the bottleneck.”

So, not only do you need metrics to have an effective value stream, you need to have visibility into the development and delivery processes. Plutora’s Keyes said, “ Visibility is the key, because without visibility you can’t do a few things — you don’t have any idea of your pipeline, and managing your pipeline becomes very, very fragmented, especially as you go to autonomous teams and to self-directed, and as that culture shifts, it’s a nightmare. Continuous improvement is impossible. I was working on our overview deck, and took a quote from Peter Drucker, ‘you can’t manage what you can’t see,’ and I took out manage and say ‘you can’t continuously improve what you can’t measure,’ which is the point.

You have to work at it
Designing the value stream is only half the battle, though. To eliminate bottlenecks and waste, there must be an ongoing process of evaluating all you do, to see where more value can be squeezed from the work.

Connect-ALL’s SVP GM Lance Knight said even after organizations have create their value stream maps and design, there’s much more work to be done. “I know what my value stream is, I’ve done my measurements, and my time, and I know what my unplanned waste is, but nobody’s saying, OK, now what do I do with that? There’s a lot more to it,” he said. “If it takes me four weeks to get something through an approval process in my company, there’s a problem with that. There’s a lot of unneeded or wasted time in there. Now I need to dig in. When you dig in, you can use what they call a SIPOC (supplier, input, process, output, customer). So what’s coming in, what are all these things coming in, and why do I need all these to run that process? You can go deeper into value stream and Six Sigma stuff. There’s not like this one place you can go and say, here’s how you remove waste from the organization.”

Another part of the waste removal process is that organizations that have been in business a long time have had practices — habits — in place for a long time, so change is hard. Not enough questioning of process and how work is done is occurring.

Knight described his time in IT at a 100-year-old aerospace company in upstate New York called Utica Drop Forge. “They were doing things that they had to do for ISO-9000, called a corrective action,” he recalled. “They were living that corrective action for 30 years. So I would go out to this injection dye machine, and the guy would be sitting there and he would be writing the numbers on paper, then sitting down and putting them into a computer.

“I was like, ‘Why are you writing it on paper still?’  Well, the guy said, ‘20 years ago, Pratt & Whitney filed a corrective action because they weren’t getting this information and I have to write it on paper.’

“Well, how are they getting this information now?” Knight asked the man. “I email them in a spreadsheet,” was the reply. “So, why are you writing it down?” Knight called this over-processing waste.

“That’s what happens in these big organizations,” Knight explained. “They can’t get lean because they can’t figure out how to remove their own creative processes.”

He went on to say that organizations have to know that that is what they’re looking for, but it’s not something that someone in the organization can often do. The solution is to bring in an outside change agent.

Plutora’s Davis said, “People focus a lot, when they talk about value stream, on the value delivered at the end of the day to the customer, and tying that to the business. And while that’s obviously critical, and perhaps even where the whole thing needs to start, we see the notion of value being relevant throughout the entire organization. So, even at a practitioner level, there’s value in understanding better what’s going on in and around my adjacent world, to assess whether I’m getting better, and adding value to the process.”