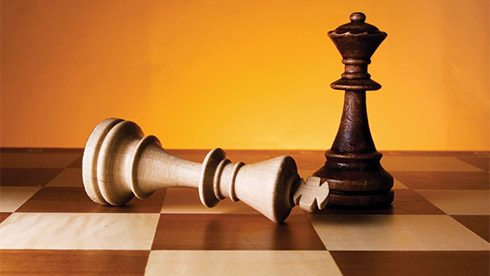 DevOps continued to dominate development teams and businesses throughout the year with organizations trying to reap the benefits. A Logz.io study found that despite DevOps being a well-known phenomenon, 50 percent of respondents are still in the process of implementing DevOps or have just implemented it within the past year.

In the past year, many software companies teamed with or acquired others to broaden their DevOps solutions. CA acquired Veracode in the beginning of the year to help add security to its DevOps portfolio. JFrog acquired DevOps intelligence platform CloudMunch in June. CollabNet and VersionOne announced a merger in August to bring agile and DevOps together. Perforce made a push into DevOps with the acquisition of agile planning tool provider Hansoft in September.

In addition to acquisitions, companies developed and released their own DevOps solutions from scratch throughout the year. Dynatrace started the year off with the release of UFOs, a status alert system designed to help DevOps teams get a better look into their deployment pipelines. Microsoft announced the release of Visual Studio 2017 in March with DevOps as one of its core pillars. VS 2017 included code editing, continuous integration, continuous delivery, and Redgate database integration. Microsoft continued its DevOps commitment throughout the year, ending with the preview release of Azure DevOps projects in November.

CloudBees released a DevOptics solution to provide metrics and insights between teams in August. Electric Cloud released ElectricFlow 8.0 with new DevOps insight analytics. Atlassian unveiled the Atlassian Stack and DevOps Marketplace to break down silos and accelerate DevOps adoptions, and brought DevOps workflows to scale with the release of Bitbucket Server 5.4 and Bamboo 6.2 in October

Companies also worked throughout the year to bring DevOps together with other software development approaches and tools. In January, CA released a report that revealed agile and DevOps worked better together than alone. Later in the year, CA released another study that found if businesses really wanted to boost their software delivery performance, they should combine DevOps with cloud-based tools. Scrum.org and the DevOps Institute teamed up on ScrumOps, a new approach to software delivery that brings Scrum and DevOps together.

One of the biggest new approaches to come out of 2017 was the idea of DevSecOps. DevSecOps is a new notion that bakes security into the DevOps lifecycle in order to find and fix security vulnerabilities earlier and all throughout the life cycle for faster, higher quality code.

Veracode started the year off with its release of Greenlight, an embedded DevSecOps solution that enables developers to identify and fix security vulnerabilities, and rescan the code to double-check issues are fixed. DBmaestro released the Policy Control Manager, a DevSecOps feature designed to eliminate risks, and reduce downtime and loss of data. In July, WhiteHat Security took a look at the success of a DevSecOps approach in its Application Security Statistics report. The report found critical vulnerabilities in apps were resolved in a fraction of the time it takes without a DevSecOps approach.

Other reports throughout the year looked at the challenges blocking DevOps: Redgate found databases were one of the most common bottlenecks for DevOps teams. Quali discovered infrastructure and fragmented toolsets were among the top barriers for DevOps adoption. And in a combined report, Atlassian and xMatters found successful DevOps implementations make the most out of culture, monitoring and incident management. The State of DevOps report conducted by Puppet along with DORA (DevOps Research and Assessment) found in order to achieve DevOps success, automation, leadership and loosely coupled architectures and teams are key.

According to Forrester’s software development predictions for 2018, DevOps tools will continue to proliferate and consolidate, and DevOps will drive the use of APIs and microservices.