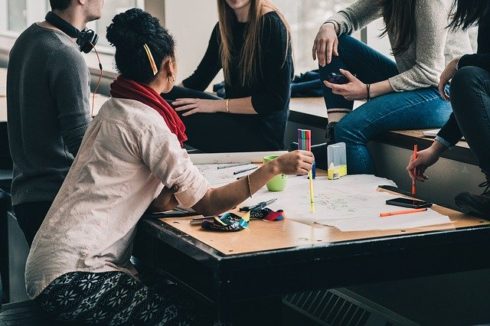 Over the past 10 years, many organizations that create software have adopted DevOps technologies, all of which were designed to help organizations deliver quality software faster.

They’ve adopted CI/CD pipelines, they’ve embraced Agile coding practices, they’ve shifted security and testing to happen earlier in the development cycle, and yet companies still lament they’re not delivering faster. They’ll say they’re delivering more consistently, and they’re able to predict how development and delivery are going to go without being caught off-guard, but, they say, in general, they’re not moving a whole lot faster.

A major impediment to working faster goes back to how teams communicate, how they work together and what kinds of communication they’re having with their own teams and teams they’re dependent upon. And, many in DevOps today say, it comes down to your value streams. How are you maximizing the work of individual teams as well as the entire organization, working together?

Steve Boone, head of product management for UrbanCode at HCL Software, explained: “In a talk we did [at DevOps Enterprise Summit in Las Vegas last month] we use the example of development teams talking with design organizations, because within a large company, it’s not just like ‘Hey, I have my design and they do the design for us,’ it’s, ‘Go to your design organization, bring your project and wait, and based on their priorities and their time, they will queue you in and do your work and get it back to you.’ If you’re going to be able to plan and communicate with the rest of the business, and say, ‘Hey, do you think we can get this functionality that you’re doing for us done in six months or six weeks,’ you have to be able to understand how long it takes for all of those other value streams to do the work that they need that you’re dependent on.”

UrbanCode was a pioneer in build automation and continuous integration going back to the days of open-source Anthill in 2001. From there, the company created UBuild, UDeploy and URelease to move toward a DevOps approach, and then it was acquired in 2013 by IBM. Now, though a strategic partnership with IBM,  HCL Software is building out the UrbanCode products — along with some other IBM Rational tools such as ClearCase (SCM) and ClearQuest (defect tracking), and moving to offer a more complete DevOps portfolio that Brian Muskoff, director of the UrbanCode product line and DevOps portfolio strategy at HCL, says will center on security.

And now that there are multiple DevOps solutions available, the one thread that weaves through all of them is that effective DevOps requires the right culture.

In many organizations, it’s the people aspect that has created the biggest challenge. That’s not to say an organization’s culture is the problem; it’s getting people to work together effectively. And the larger the organization, the harder that is.

“Some say, ‘we’ll just buy a tool and fix that,’ ” said Chris Nowak, director, DevOps Advisory and Adoption, HCL Software. “But it never does. They don’t learn their lesson.”

Governance is a real challenge, but it’s a function of the cultures and processes that get layered onto each other and never pruned. “If you let people behave a certain way, without intention, they’re trying to do the right things but they’re not collectively acting in the direction that’s mission-wide within the corporation. When I talk about it, I’ll look at it and say, are we aligned with the corporate missions? What are those? Are you doing things in IT that are aligned, and if you’re not, stop doing it, by the way. We reinforce it with the process side, and with the automation. Give them the guard rails. Say, go ahead, innovate here, but there are some guard rails. In a way, that’s how you use automation and process for governance.”

Boone described a DevOps culture that enables teams to try new technologies, and not be afraid to fail, but to ultimately make those teams accountable so they can learn from their mistakes. And, he noted, good value stream processes can provide granular visibility into how those teams communicate and work. “You get a shared sense of terminology, basically just how people communicate and work together, which then shares empathy across those teams. They say, ‘Hey, we have to deal with that too.’ ”

Nowak called that “co-empathy.” Perhaps a better phrase would be “co-opathy” — that working together well leads to a sense of empathy across teams when they realize how difficult their work is and relate it to their own.

HCL’s approach to DevOps through its tools is to not only find the roadblocks in the value stream, but to help understand why these problems occur so they can be remediated. “When we look at how successful delivery teams have been, everyone points to the key metrics — the DORA metrics — so, lead time, cycle time, MTTR, delivery throughput,” Boone said. “Those are all very good, but they don’t tell you what’s wrong. So, OK, you have a long lead time, and I have to fix that, that’s what the books tell me. But WHY do I have a long lead time? To me, what separates the UrbanCode products from the other products in the market today is, we can actually start to break that down for you.”

Boone described Value Stream Management as an emerging market, and tools can help organizations see how work moves from the backlog to the customer. Given the ability to check work in progress, as well as see where work stagnates and where the cost of delay is, organizations can learn how to better leverage their employees, and improve inter-team and inter-department communication.

“I think the natural evolution is that we should not focus on the individual work items that we’re delivering, but the people who are delivering them,” Boone said, “So the question becomes .. how do we progress as an industry to where the value stream becomes the main focus, because then we can start asking and answering  business changing questions such as, ‘we want to build a new product; what’s the best technology stack for it, which are the most effective teams to build it, what is the fastest time to market?’. And then you can have the really good conversations around how do we scale our culture , which teams are my high performing teams and what are they doing so well that the rest of my organization can learn from?”