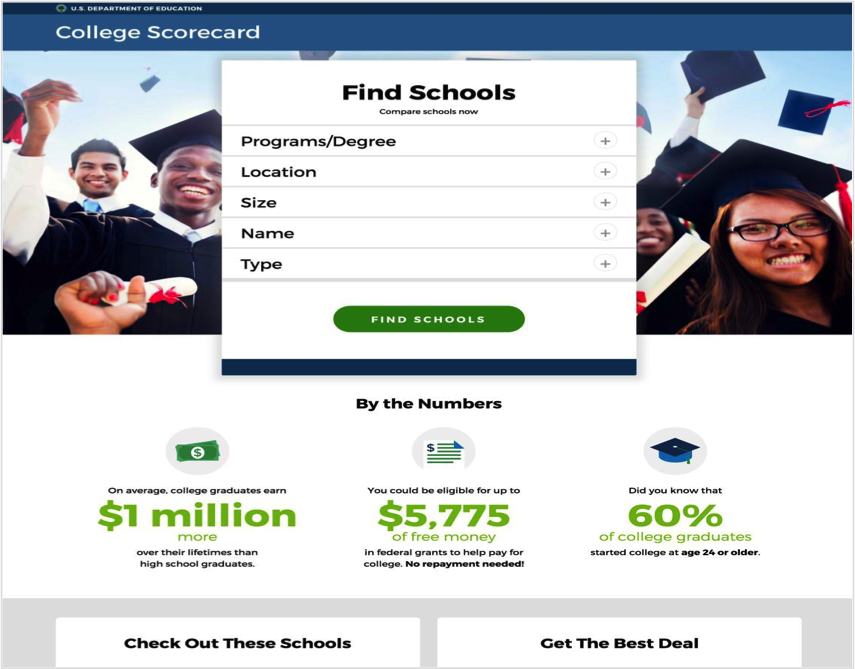 “When I got my bachelors degree in computer science, I never thought, ‘You know what? I’m going to help people change their lives and make their lives better.’ ”

While it might not have crossed her mind at the time, Lisa Gelobter, chief digital service officer at the U.S. Department of Education, is now in a position to make a better world for millions by using digital initiatives to solve some of the government’s biggest problems.

(Related: Agile is used by just about everyone)

At the O’Reilly Velocity Conference in New York, Gelobter discussed many of these issues, including increasing access to healthcare, improving service benefits for veterans, streamlining how people immigrate to the U.S., increasing access to higher education, and working with individual federal agencies to figure out the services that will have an impact on the greatest number of people. Her keynote talk was titled, “Technology as a Force for Good.”

Gelobter introduced the Digital Coalition, which is made up government organizations and was created by the Obama administration for a “smarter IT agenda.” The Coalition plans on growing initiatives by using the same methodologies and practices used in software and product development in the last decade.

According to Gelobter, the login system was the biggest culprit and had the “largest number of errors.” After rebuilding it from scratch, the response rate went from five seconds down to two milliseconds.

With immigration, the Coalition wanted to have an online application process for individuals to efficiently replace their green cards. Gelobter said that the Coalition moved from waterfall to agile, “left the building, and did user research and talked to people.” They launched a successful online system that now allows users to track their progress and get notifications. They already have 40,000 individuals who have filed online.

Gelobter discussed her own work for the Department of Education, including the release of its interactive College Scorecard, which provides students and their families with information they need to make decisions about where to enroll for higher education, how to get funding and more.

Gelobter said the Coalition built a consumer tool on top of the API as a reference implementation, and she believed this is the only instance where the government has “dogfooded their own API.”

She discussed three other examples of where the government is using software to do the “greater good,” including initiatives such as Veterans’ Medical Health Record Interoperability, the Police Data Initiative, and a crowdsourced mapping effort that facilitated the delivery of aid to victims of an earthquake in Nepal.

“You get thrown into a problem and you try to solve it,” said Gelobter. “We are making change that will impact millions.”