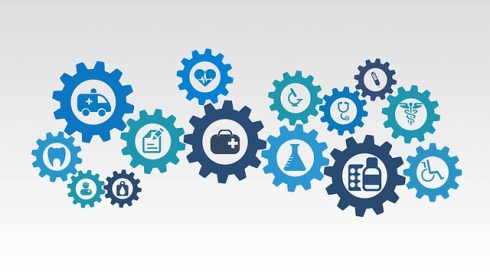 The U.S. Department of Veterans Affairs is a mess. From a lack of leadership at the top, to poor facilities management at local hospitals and clinics, the department with the second-largest budget in government cannot get its act together. Veterans complain about the length of time it takes them to get appointments, the amount of bureaucracy that must be navigated to become eligible for treatments, falsified records and even preventable deaths.

On Long Island, New York, where SD Times has its editorial offices, a recent poll of employees at the Northport VA Hospital revealed poor morale brought on by equipment breakdowns, staffing that doesn’t match up with need, and hazardous and filthy conditions. One employee went so far as to comment, “The infrastructure of this center is like a terminal patient on a ventilator,” as reported in late April by Newsday, the local newspaper here.

But this column is not about government. It’s about technology, and how Big Data solutions provider Hortonworks is working with the VA to get things turned around there.

“The VA is a big organization, but not unlike many other organizations that face challenges… modernization from an infrastructure perspective and cultural change. Looking ahead versus where they’ve been and how they’ve been,” said Shaun Bierweiler, vice president of U.S. public sector for Hortonworks. “The VA has challenges of being both a medical institution coupled with being a government entity. Being able to support security, the scalability and sustainability, comes with added scrutiny. When you look at the IRS … and their system going down due in part to the age and capabilities of some of their systems there, the VA recognizes they have a modernization need. They’re really looking at how can they support the capabilities they have today but also look forward to electronic health care to supporting the IoTs and the sensors, to doing more predictive maintenance and single view of patients throughout their career. There’s a lot of exciting things, a lot of potential there … What we just described is a significant undertaking and needs to be done in a programmatic and appropriate way.”

Introducing sensors and artificial intelligence within the physical infrastructure – both in HVAC as well as medical devices – can help the organization predict when the equipment needs servicing, or is approaching end-of-life. Moving to digital records creation, storage and collaboration can ensure patients get the care and medication they need, and reduce the amount of errors in documentation. The ultimate goal is to ensure every veteran receives the timely care, treatment and medication they deserve after serving this country so admirably.

But as Bierweiler said, this is no small undertaking. There are medical and governmental processes and regulations, which can sometimes appear to be at odds, that need to be satisfied. “The people at each one of those sides might have different expectations and different requirements for what they’re looking at,” he noted. “So that’s another benefit to … having that open architecture and being flexible enough to support the various pieces. Visualization is one piece; it could be a search component, an algorithm, a database. That flexibility is huge when you think about the vast reach that something like the VA has to support.”

Hortonworks is working on helping the VA understand open-source technologies that can help the organizations with its data problem, Bierweiler said. “When you think about all the interfaces and touch points – the websites, the mobile applications, as well as the medical tools in the centers themselves and shared amongst the physicians – at the root of that, you need to have a data framework and a data platform that can support all of those touch points,” he explained. “That’s where the infrastructure is key. That’s where having the right partnerships, the right architecture, the right open philosophy going in, is essential to ensure that five years down the road, when there’s another type of technology that comes that all consumers are going to expect, that they’re in a position where they can adopt that without having to rip and replace and go back and redo years of work.”

And, as Bierweiler pointed out, data fundamentally is involved in almost every transaction a customer experiences on a daily basis.

Perhaps Robert Wilkie, tapped by President Donald Trump late last month to run the agency after his first choice – his personal physician, Ronnie Jackson – withdrew his name from consideration amid allegations of misconduct and wrongdoing, can right the ship.