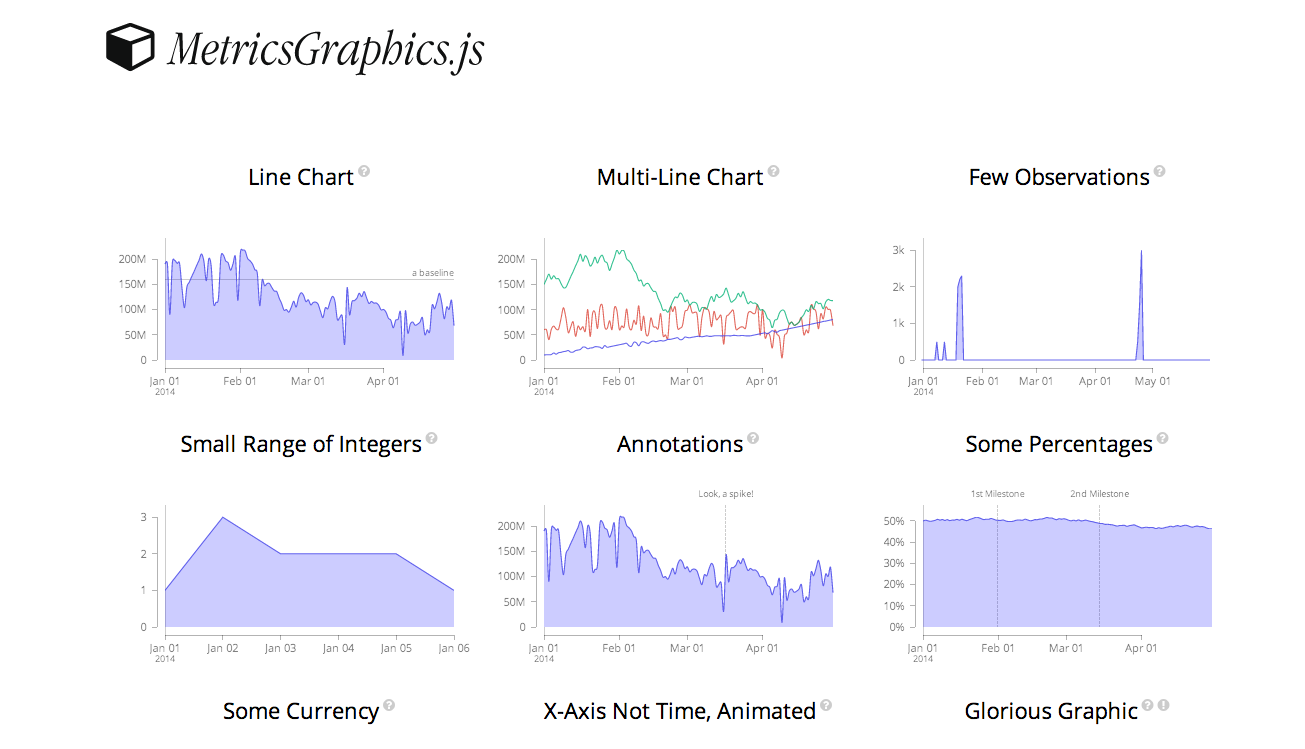 #1: MetricsGraphics
MetricsGraphics is a creation from the minds of the mad Web scientists at Mozilla. The JavaScript library is optimized for visualizing and laying out time-series data, providing a simple way to produce common types of graphics such as line charts, scatterplots and histograms in a consistent and responsive way.

#3: Pyspider
Pyspider is a spider system (a Web crawler that indexes Web pages for search) with a Web UI written in Python. Developed by Binux, the system writes scripts in Python, providing a script editor, task monitor, project manager and result viewer for developers through the WebUI.

Learn more about #4 and #5, Microsoft’s newly open-sourced .NET Core and .NET repository in our coverage of Microsoft’s major developer tool announcements, which features an interview with Microsoft’s corporate VP of the developer division, Soma Somasegar. You can also check out the software industry’s initial reactions to the open-sourcing of .NET.