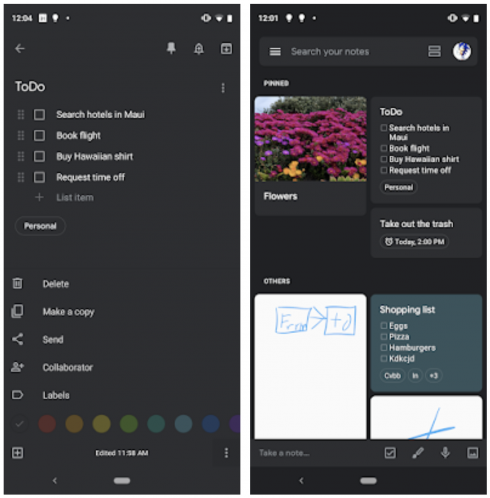 Android 10 will first be rolling out to Pixel devices. In Android tradition, users of other Android-compatible devices will need to wait a few months before the update is rolled out to them. The Android 10 source code has been released to Android Open Source Project (AOSP) to make it available for the broader ecosystem.

Android 10 extends multitasking across app windows and provides screen continuity to transition an app seamlessly between folded and unfolded modes, priming it for upcoming devices such as the Samsung Fold — expected to launch this week.

Additionally, the updated version adds platform support for the increasing number of 5G devices, Live Caption to automatically caption media playing on devices, and smart reply suggestions that use machine learning to follow a conversation on the device. It also introduces dark theme and gesture navigation, features similar to those for iOS 13.

Privacy is also an important theme, giving users the option to have apps only use their location while the application is open, a feature that was only available previously on iPhones.

“Privacy is a central focus in Android 10, from stronger protections in the platform to new features designed with privacy in mind. Building on previous releases, Android 10 includes extensive changes to protect privacy and give users control, with improved system UI, stricter permissions, and restrictions on what data apps can use,” Stephanie Cuthbertson, senior director of product management, wrote in a post.

It also offers more options to users when it comes to privacy, including the increased protections around APIs for scanning networks, preventing device tracking, securing user data in external storage and preventing applications in the background from unexpectedly jumping into the foreground.

Android 10 also supports Project Mainline to keep devices “fresh with important code changes — direct from Google Play,” to focus on bringing the new platform to more devices rapidly, according to the creators.

“For developers, we expect these updates in Android 10 to help drive consistency of platform implementation broadly across devices, and over time bring greater uniformity that will reduce your development and testing costs,” Cuthbertson wrote.

The full details on Android 10 are available here.