To protect your source code, treat it like intellectual property

There has been, and will continue to be, significant innovation in the software industry. If innovators wish to exercise any amount of control over their creations, they must utilize the tools of protection granted by law.

By protecting their innovations, creators will have the right to choose how their ideas are distributed to the general public. Without such protection, innovators will be giving up their right to decide whether their code is dedicated to the public, made “open source,” licensed, or kept secret. Moreover, in certain circumstances, without using tools of legal protection, a creator could be prevented from using an idea that they themselves created.

Innovations in software can be secured under various categories of intellectual property. Here, we discuss trade secrets, copyrights and patents. Each type of protection has a different scope and duration, and determining which protection to rely on depends on the specific needs of the individual or company.

However, if you want to enforce a copyright against someone making an unauthorized copy (for example), you must obtain a certificate of registration of a copyrightable work from the United States Copyright Office. Further, if the copyright application is filed before the copyrightable work is published, or within certain limited time periods thereafter, the copyright holder may have additional remedies in court, such as the ability to seek statutory damages and recover attorney’s fees. The duration of a copyright may vary, but it will in no case last less than 70 years from creation. An application for copyright may be completed online for as little as US$35, and currently takes approximately four months to process.

Copyright is beneficial for the software industry because it provides a fast, inexpensive mechanism for securing intellectual property rights while still allowing the copyright owners to maintain portions of their source code as trade secrets (discussed later on). Further, the ability of a copyright holder to obtain statutory damages and attorney’s fees can substantially reduce the cost of enforcement, allowing individuals and companies of all sizes to enforce their copyrights without breaking the bank.

Patents
In contrast to a copyright that protects the expression of the idea, a patent protects the idea itself. Specifically, an innovator may protect inventions in software, such as the algorithms performed by the software or the architecture of the software.

The rights associated with a software patent are substantially broader than a copyright. However, unlike copyright registration, there is no guarantee that the U.S. Patent and Trademark Office will grant a patent for a given software invention. Moreover, the costs for obtaining a software patent are significantly higher. The application, prosecution and maintenance costs vary depending on factors such as complexity of the invention, area of technology, size of the company, and number of claims. The average cost (including government fees) to obtain a patent is about $20,000. Once issued, the patent holder must pay an additional $3,700-$7,580 in fees to maintain the patent for the entire 20-year period. In addition to these financial costs, software patent applications also take a fairly long time to issue as a patent, typically around 40 months.

Specifically, the individual or company must take reasonable measures to protect the trade secret from public disclosure. Typically, reasonable measures include entering into confidentiality, non-compete and non-disclosure agreements, as well as establishing guidelines and taking other precautions to hide the idea from the public.

Because of the rapid evolution in the software industry, a company or individual may not find a patent’s 20-year duration of protection particularly valuable, especially relative to the cost. Trade secrets, by comparison, provide a relatively low-cost mechanism for protection. Also, unlike copyrights and patents, trade secrets do not require publication and may be maintained indefinitely, or until the trade secret is discovered by fair means.

However, certain protective activities can preclude protection by other means. For example, an inventor may not seek trade-secret protection on any information disclosed in an issued patent or published patent application, although the inventor may seek trade-secret protection on aspects of the invention that are not disclosed, provided that such actions do not conflict with the disclosure requirements under U.S. patent laws.

When developing new software, innovators should consider the above intellectual property practices in determining how to best protect their software, thereby facilitating its controlled distribution. 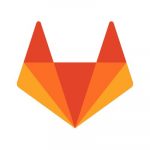