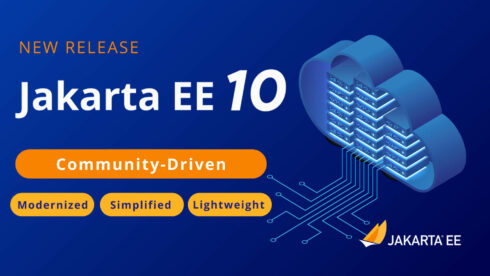 “This release is the ‘big one’ that plants Jakarta EE firmly in the modern era of microservices and containers,” said Mike Milinkovich, executive director of the Eclipse Foundation. “The release of Jakarta EE 10 reflects the work of a global community of contributors, with leadership from vendors such as Fujitsu, IBM, Oracle, Payara, and Tomitribe. Jakarta EE has already helped breathe new life into enterprise Java, but with this release it has now delivered key innovations for the cloud-native era, which are critical to the future of our industry.”

According to a news release from open-source application server provider Payara, Jakarta EE 10 is the first major release of Jakarta EE since the major namespace update, brought by Jakarta EE 9.

For example, the release noted, for messaging, javax.jms must become jakarta.jms; Java Persistence, heavily used in Hibernate and Spring, must move from javax.persistence to jakarta.persistence, etc.

Also, Payara said, new Java SE Features can now be used with Jakarta EE 10; some of these are Completable Future, Fork/Join pools, and better integration with new technologies like OpenID. Payara Community users will be able to make use of these changes straightaway, thanks to Jakarta 10-compatible Payara 6 Community Alpha 4.

Developers can now develop and deploy Jakarta EE 10 applications on Java SE 11 and SE 17 and take advantage of new features from SE 9 and SE 11. They also have access to simplified application development through the broader use of additional annotations.