Report: Java 8 remains the most dominant version of Java 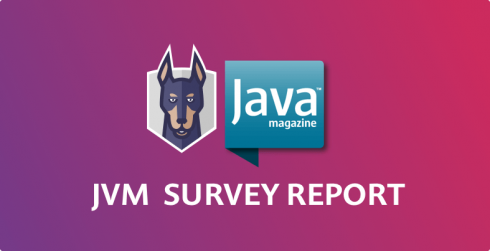 The JVM Ecosystem Survey Report was designed to look at the landscape of Java in terms of JDK implementations, tools, platforms and applications. The report was sponsored by Snyk and Oracle, is based off of more than 10,200 questionnaires, and was conducted through Java User Groups around the world.

The report took place between the release of Java 10 and Java 11. Due to structural changes to the JDK in Java 9, survey sponsors expected that would impact its migration and adoption. Only 4 percent of developers are using Java 9 and an additional 4 percent stated they were using Java 10.

Java 9 also brought a number of architectural changes as well as a new release cadence for Java SE versions. For instance, Java SE versions ship every six months while every two to three years a Long Term Support (LTS) release is offered. Java 9 was not a LTS release. When asked how developers are responding to Java’s new release cycle, only 8 percent stated they stay on top of the latest versions. Thirty percent decide on a release-by-release basis, 34 percent stay with the LTS release and another 28 percent “don’t know yet.”

“We expect that in the forthcoming year, best practices will emerge and companies will settle into a preferred migration cycle, which likely will vary considerably by industry,” the report stated.

When looking at JDK implementations used in production, the report found a majority of developers are using Oracle JDK for their main applications.

According to the report, 70 percent of respondents stated they use Oracle JDK in production while OpenJDK took 21 percent of the market share. Other JDK implementations included Eclipse OpenJ9/IBM J9, Android SDK, and Azul. “However, future licensing and support changes might cause these numbers to change in the future,” the report stated.

For build tools, Maven is by far the most used in projects with 60 percent of respondents using it. This coincides with a 2016 report from RebelLabs, which found out of its 2,000 respondents, 68 percent were using Maven.

Other findings in this space included:

Java platforms and applications
When looking into cloud technologies, the report found almost half of respondents are not using a cloud platform of some sort. For the 57 percent that are using cloud platforms, Amazon AWS is the top cloud provider, followed by Google Cloud, Azure, Red Hat OpenShift and Oracle Cloud.

In terms of the cloud approaches respondents use, 43 percent are using containers, VMs are still in the game at 33 percent, and serverless technology is still in its infancy with only 9 percent using this approach.