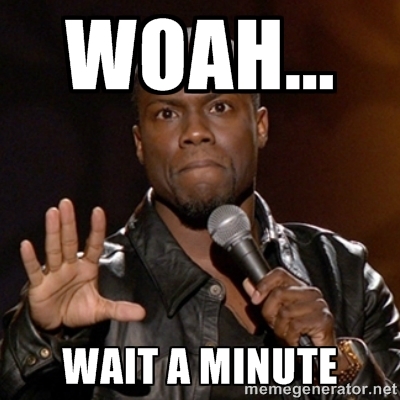 On Sept. 3, software development toolmaker JetBrains announced it was changing its licensing model from a perpetual model to a subscription model.

The company’s rationale for creating JetBrains Toolbox is that the new distribution model would cost customers less and simplify management of the licenses. The Toolbox plan also would let customers pick and choose the tools they want to use on a monthly or yearly subscription basis, or select “all products” and get even bigger savings. Further, this model would provide flexibility developers need, in terms of what they want to use and when they want to use it.

(Related: How JetBrains works with DevOps)

The tools included in the plan, which was to go into effect Nov. 2, were IntelliJ IDEA, ReSharper C++, AppCode, CLion, PhpStorm, PyCharm, RubyMine, WebStorm, dotTrace, dotCover and dotMemory. The company said there would be no changes to the company’s server tools.

Pushback from its customer base was mixed, but mostly negative. One customer wrote on the JetBrains blog announcing the switch: “Oh no, not ANOTHER subscription. Wonderful, now you’ve joined Adobe (CC) and Microsoft (Office 365) in ‘renting’ your software. Not for the benefit of your users, of course, just for your own benefit to get continuous cash coming in every month. Subscriptions are a form of ransom: If you stop paying, your software no longer works. I bought and used AppCode for years, but I hate subscriptions and now I’m going back to Eclipse. Goodbye, greedy JetBrains!”

Another customer wrote: “The difference is that we can *choose* whether or not to pay for the upgrade on the basis of whether the upgrade is worth paying for. Now, we *have* to pay in order to keep using our tools. Forget that—you’ve lost our company as a customer.”

To its credit, JetBrains listened and changed the plan. In a blog post on Sept. 18, JetBrains CEO Maxim Shafirov wrote that JetBrains will continue with subscriptions, but would offer a “perpetual fallback” license. This would allow users to continue using the version of the software being licensed at such time that the customer decides he no longer wishes to renew his subscription. This is available to customers who make one annual payment or who license for 12 consecutive months.

In his blog, Shafirov offered a mea culpa, and addressed some concerns raised in regard to the move to subscriptions:

“On September 3rd we announced JetBrains Toolbox—our new developer productivity tools line licensing—to replace the current scheme. The announcement was made after our research, which included surveys with different categories of customers, indicated that it was the right move. The discussions and feedback that we received after the announcement went public showed that we had failed to properly account for all considerable groups of our customers and articulate our reasoning for the move in the announcement message.

“We sincerely apologize for this.”

As for concerns raised, Shafirov responded:

Losing access to tools paid for
“This is downloadable software and I’ve paid for it. Now I’ll lose access to it if I don’t pay or JetBrains goes out of business.”

This is the most controversial topic. We didn’t realize how many users would differentiate subscription-based services such as cloud hosting, monitoring tools, communication tools or repository services from an IDE, despite some of these also having downloadable versions. We expected a lower entry cost and flexibility would outweigh the perpetuity. We believe though that now offering perpetual fallback licenses, which was also suggested by many who provided feedback, will address this concern.

A price increase in disguise
The move to subscriptions has brought some price changes which affected new licenses to WebStorm as well as several commercial items.

First and foremost, the subscription move is not about a price increase in disguise. It would have been much easier to just merely announce that, especially given that we’ve not had any significant change in prices for nearly 5 years. Our existing prices are available as are the new ones, and you will see that depending on the product and years of subscriptions some work out favorable to you as a customer, and some might not. Overall we’ve tried to provide prices that we believe are fair and sustainable.

Continuously raising prices
“JetBrains will continue to raise prices and force people to pay to continue to use the tools.”

While we may raise (or lower) prices now and then, it has never been nor is it now our intention to do this continuously. Some commenters argued that we’d be taking them hostage by eliminating the perpetual license, and will use this to squeeze higher and higher subscription rates every time. Once again, that is not and never has been our intention. Nonetheless, we hope the perpetual fallback license removes any doubts people may have had.

Other concerns were addressed as well, and the full blog can be read here.