Steve Ballmer steps down from Microsoft board 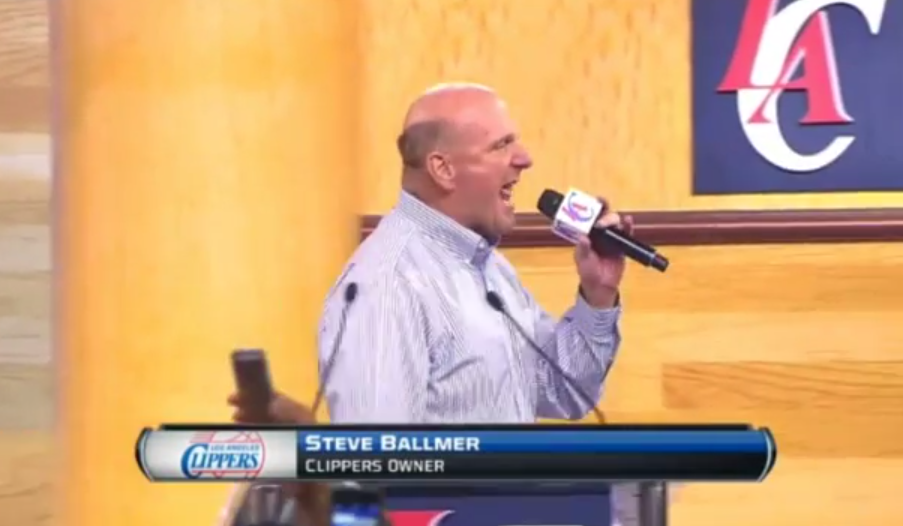 Steve Ballmer has always been an all-in kind of guy. When he does something, he does it big. So when Ballmer officially took over as owner of an NBA franchise on Monday, all of the ex-Microsoft CEO’s boisterous attention shifted squarely from Clippy to the Clippers.

Microsoft published a letter from Ballmer to current CEO Satya Nadella explaining why, effective immediately, Ballmer is stepping down as a member of the Microsoft board of directors. According to the letter, Ballmer believes it would be “impractical” for him to continue on as a board member given the combination of his L.A. Clippers ownership duties and newfound teaching responsibilities at USC’s Marshall School of Business.

Ballmer did, however, make a point of stating he has no plans to relinquish his hefty share of Microsoft stock.

“I hold more Microsoft shares than anyone other than index funds, and love the mix of profits, investments and dividends returned in our stock,” Ballmer wrote. “I expect to continue holding that position for the foreseeable future.”

(The Ballmer Era: A retrospective on Ballmer’s reign as Microsoft CEO)

Ballmer had been at Microsoft for 34 years before retiring as CEO in February. He bid a record US$2 billion to purchase the Clippers from ousted owner Donald Sterling, completing a decade-long quest to own a professional sports franchise. (He previously failed to purchase the then-Seattle Supersonics in 2008, and to buy and relocate the Sacramento Kings to Seattle in 2012.)

In his first day as Clippers owner, Ballmer made a flashy entrance complete with high-fives and chest bumps to fans, before taking the stage and launching into a fiery introductory speech. The speech, shown below, introduced the sports world to the one-of-a-kind executive the tech world has known for years. The Eminem intro music and familiar yelling to the crowd said it all.

“While your insights and leadership will be greatly missed as part of the board, I understand and support your decision,” Nadella wrote. “As you embark on your new journey, I am sure that you will bring the same boldness, passion and impact to your new endeavors that you brought to Microsoft.”