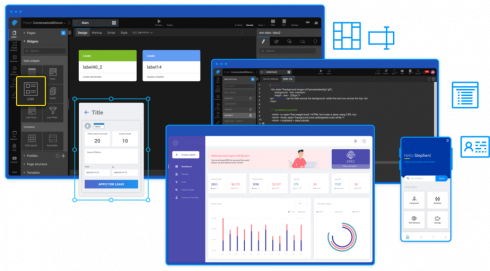 The Java low-code platform provider WaveMaker has announced version 10.7 of its solution. The latest release features better support for working in branches.

According to the company, working in branches enables a standard software development life cycle workflow by ensuring fixes are made without stalling team progress. The 10.7 release includes branching support for hotfixes and features; the ability to create a project for a specific branch; the ability to develop, preview and test apps of a specific branch; and enables branching operations on the version control system outside of WaveMaker.

The release also includes Redshift database support, allowing users to connect existing databases in AWS RedshiftDB from a WaveMaker application and stores petabytes of data in clusters. Benefits from this support include high performance, ability to horizontally scale and massive storage capacity, according to the company.

For SAP HANA users, the latest release includes SAP HANA implementation, including the ability to import the database into a WaveMaker app, support for the columnar data model and improved flexibility.

Full details of the WaveMaker 10.7 release are available here.