Guest View: In the future, developers will be judged on mindset over skillset 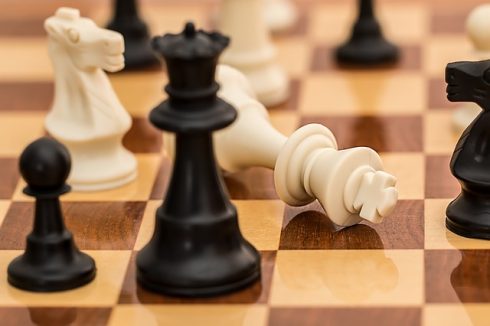 “The future of coding is no coding at all.” It was a bold proclamation for Chris Wanstrath, CEO of GitHub, to make at the company’s recent Universe Conference considering he heads one of the most important companies for developers.

But I can’t help but think Chris is on to something — technology is transforming development like it has transformed so many other aspects of the ways we work, live and play, making it much easier and more efficient and giving us more time to spend on higher value tasks.

This is a bitter pill to swallow for many of us in the tech industry. We, after all, create the tools that simplify processes for others’ job roles and tasks, but the idea of our own roles transforming is not always a comfortable one. That said, it’s an inevitable one.

One major factor is automation and machine learning. This has already creeped into many parts of the development process, from testing to continuous deployment and beyond. While these advancements are not designed to replace development teams per se, they are freeing developers’ time and allowing companies to maintain a more streamlined workforce. The other major force is the growth of tools that allow for the creation of software to solve business problems without code. For example, enterprises who are using no-code development platforms expect they’ll create 100-120 apps within the next 12 months. These are apps that would have likely been built by developers in the past, but now it’s everyday business workers — who might not know the difference between Java and JavaScript — who are building them.

All this leads to one major question: “How will the role of developers change in light of this shift?” I see three primary impacts on the development community.

1. Impact on tech diversity
As the role of the developer evolves, so will the gender, racial, age, etc. of those who embrace the job path. Those who may not have as much “traditional” coding experience but excel at the problem-solving piece may be more attracted to the field, and find opportunities that don’t require the depth of coding experience as jobs do today.

In fact, this shift is already happening. A recent survey shows that more women are building apps than we might think, with 40 percent of people using no-code development tools self-identifying as women. To put this in perspective, women accounted for less than eight percent of Stack Overflow’s annual survey of “traditional” developers. These simplified development tools are also supporting their career mobility. The same survey showed that 64 percent of people using these tools received public recognition for the value they were creating within their organizations, and nearly 20 percent received a promotion as a direct result.

This is an exciting and much needed change, given the tech industry’s storied struggles with diversity and glass ceilings. The future of development may finally look very different in the decade to come.

2. Impact on what developer skillsets are most valued
With automation eliminating tedious tasks programmers used to do, and others in the organization now creating their own applications, developers will find themselves with more time on their hands. This means, more time to spend on more strategic, high-value work.

Developers will now be able to do more of what the best ones excel at: problem solving. As original Y-Combinator co-founder Paul Graham once wrote, “Your code is your understanding of the problem you’re exploring. So it’s only when you have your code in your head that you really understand the problem.” If you understand how you need to solve the problem, you don’t necessarily need to write code to do it, if you have tools at at your disposal that can do it for you.

Longer term, this means recruiters will begin weighing the skillsets they look for differently. While technical skills are most valued today, recruiters will place greater prioritization on things like problem solving, strategic thinking and yes, even communication skills. For today’s developers, this means they should start thinking about how they’re developing these skills if they want to remain competitive in the workforce.

3. Impact on the definition of a “developer”
Developers are almost exclusively associated with doing the actual programming of software/apps. But increasingly developers will not equal coders. In its simplest form, a developer is simply someone creating something from nothing — whether that’s an app, a digital experience, infrastructure or something else. What makes someone a developer is not knowing how to code, but showcasing a problem-solving mindset. Good developers can recognize problems, troubleshoot and come out the other side with a solution.

Anyone who is a developer, or wants to be a developer in the future, should know that it is not their technical skills that will bag them that dream job in the future — but their ability to think critically about problems and come up with a solution — regardless of the tools they use to do so. In short, “mindset over skillset” will be the mantra of tomorrow’s developer.

Developers, pay attention
The current tidal shifts happening around developers right now is still somewhat subtle, but I expect that to change in the coming years. As automation evolves and more workers embrace tools that allow them to solve their own problems, developers will be forced to find a new place in their organizations and rethink the very way they see themselves and the role they play.

This is not to say that developers as we know them today will become disposable — far from it — but they will have to face the same technological tsunami that is changing other professions: leave the menial tasks to software, and apply your human genius to bigger, better problems. 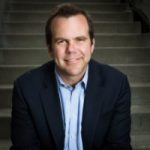 Jay Jamison is senior vice president of strategy and product management at Quick Base.

View all posts by Jay Jamison