Industry Spotlight: Why developers use Kintone’s low-code platform to save time building apps 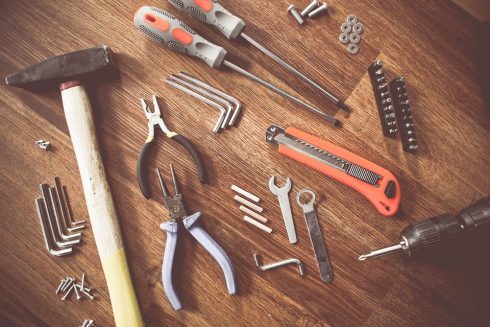 Apps are a permanent feature in the life of an enterprise employee. In an age where work no longer ends at the office door, apps are the tool that keep people wired into their business no matter where—or what device—they dial in from.

What this means for the developer is two-fold: first, that there’s a steady stream of clients who need app development. Second, there’s a lot more work to be done, and the day isn’t getting any longer.

Low-code platforms have been raised as a solution to the workload constraints many developers face. But not all low-code platforms are created equal in their ability to meet a developer’s needs. Nimrod Grinvald, lead sales engineer at low-code solution provider Kintone, explains what sets Kintone’s platform apart:

The first is its powerful API. According to Grinvald, there’s nothing that annoys developers more than having to repeat building processes and functionality. Kintone’s API eliminates this problem. “API-driven code reusability speeds up future development. It means less code needs to be redeveloped,” Grinvald said.

Grinvald explains that developers may want to reuse their solutions for multiple clients. “With Kintone, it’s easy to reuse that solution with our app templates and space templates,” said Grinvald. “A developer can also carry over their JavaScript and CSS as well, which saves a lot of time. It removes the repetition of configuration pretty significantly, placing solutions in customer hands much quicker than other approaches.”

Another great feature of Kintone’s API for developers is its ability to make changes programmatically. This is especially valuable for developers who are in a time crunch or handling large projects. Said Grinvald, “If I want to build an app or a series of apps programmatically–if I want to change fields, add fields, update settings, modify permissions–I could do north of 80 percent, maybe even 90%, programmatically, which I find to be significantly less common amongst open and available APIs, because a lot of them are just limited to end user behavior and don’t include programmatic behavior for the administrator.”

Kintone’s JavaScript also gives developers the ability to handle a wide range of client demands. Many enterprise clients have overlapping app requests, and a good platform’s strength lies in being able to handle all demands—the mundane and unique alike. Kintone’s JavaScript platform “allows for a tremendous amount of flexibility,” said Grinvald. “Developers may get specific requirements that necessitate tweaking the platform, or maybe there’s some larger integration that might not be available out of the box. Kintone exposes a layer of client-side JavaScript code that developers can use to make those calls. Do whatever you would expect client-side code to do to accomplish your objectives, all baked into the platform.”

Kintone’s strengths aren’t limited to its platform. One of its major advantages for developers is its developer network. “Developer questions are often responded to within 48 hours,” said Grinvald, who leads Kintone’s in-house development team. “It makes it really easy for folks who have nuanced questions to get the support they need in an atmosphere where everybody can learn from each other.”

Other features in Kintone include webhooks and sophisticated permission controls. Webhooks are event-based HTTP callbacks that enable developers to hook additional behavior into Kintone. Webhooks allow different web applications to pass data to each other, which lets developers build integrated systems with low risk and minimal impact to existing code. “Now, I’m not stressing that webhooks here are unique,” said Grinvald. “Webhooks are kind of a thing, but it’s all part of what makes development in Kintone easy and accessible.”

“Our platform is designed to be easy to use and easy to learn. In that respect, developers can get something spun up and going pretty quickly,” added Grinvald.

Other Kintone tools that allow you to avoid duplication of your efforts include its command line tool, which expedites the import and export of CSVs, and plug-ins. “You build something once, correctly. If you’re interested in selling onward, you can certainly do that. If you’re not interested in selling the solution onward, you can still repurpose it for similar problems,” said Grinvald.

Kintone’s platform gives developers a tool that they can use to map database objects to user workflows, customize UI design, and build complex process models without having to write their own code. That minimizes the tedium of repetitive processes and gives time back to developers to focus on growing businesses and creative problem solving.

“It’s about being efficient. We have limited time but a lot to do. Low-code gives you the ability to maximize your output without affecting the quality of your work.” said Grinvald.