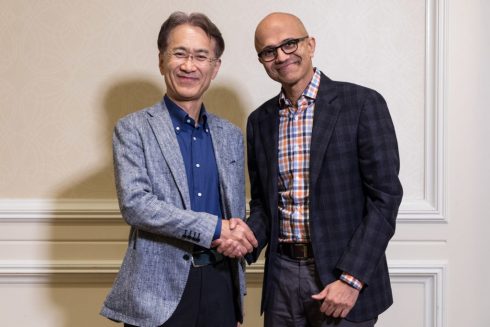 Sony and Microsoft are teaming up to collaborate on developing semiconductors and AI as well as new cloud-based solutions for gaming and content-streaming on Azure.

“I hope that in the areas of semiconductors and AI, leveraging each company’s cutting-edge technology in a mutually complementary way will lead to the creation of new value for society,” said Kenichiro Yoshida, the president and CEO of Sony.

VS Code is now more stable because it optimistically caches Codelens locations whereas before, Codelens lines would shift slightly when switching between editors, the team explained. The extensions also offer new tasks such as automatically revealing the problems panel and terminating all tasks.

The full list of new features and bug fixes can be viewed here.

Stack Overflow breached
Stack Overflow, the Q&A site for programming and development-related topics, stated that hackers breached the company’s network over the weekend.

The company confirmed that some level of production access was gained on May 11 and they have not yet found if customer and user security has been compromised. The investigation is ongoing, according to the company.

The company’s main product, PDFTron SDK, enables users to embed PDF and document functionality within their software applications and integrates across all major web, desktop and mobile platforms.

“This investment will allow PDFTron to continue delivering market-leading solutions, while doubling down on our commitment to long-term customer success and satisfaction,” Catherine Andersz, the co-founder and CEO of PDFTron.