2015: The expanding reach of mobile 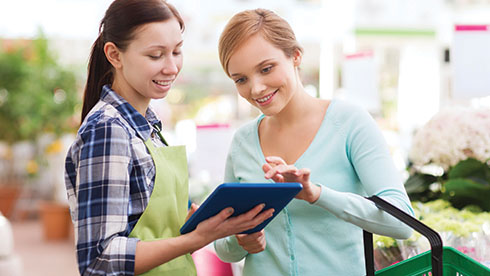 The smartphone reached eight years old in 2015, and looking at the app stores on iOS and Android, it’s becoming clear that these devices are replacing desktops. From Microsoft Office reaching both platforms, to Apple’s introduction of the professional-grade iPad, smart devices became first-class work citizens.

And that’s not surprising, considering the trajectory of these platforms during their eight-year histories. Today, one can find business applications galore in the App stores. And just about any language can be compiled into an Android asset, from Fortran to C#.

In 2015, Microsoft brought Windows 10 to desktops and tablets alike. Then they announced tools for building Android applications inside Visual Studio. Combine these moves with the rapid growth of Xamarin’s C# development solutions for mobile devices, and you’ve got a recipe for a year dominated by cross-platform offerings from Microsoft.

Android hit version 6, iOS reached version 9, and both platforms saw the release of thousands of new applications. Voice recognition became the “it” feature, as teenage girls adopted the feature in droves, making it a must-have for next-generation applications.

Google updated the IntelliJ-based Android Developer Studio throughout the year, capping 2015 off with the 2.0 release. This new version offers faster builds, and before the end of the year, should also have a much faster, updated Emulator 2.0.

Apple, on the other hand, gave developers two new methods of UI interaction to think about. When the company introduced new iPads in September, it also introduced the forceful tap method of interaction. This was coupled with the Apple Pencil, a stylus designed to give users varying levels of pressure for interaction.

As always, these interface paradigms will undoubtedly filter down into other mobile platforms as 2016 bears down upon us, just as the original iPhone’s interface design was quickly adopted on other platforms.

All those things are still a mess of control platforms, design software, and operating systems. We’re hoping that 2016 will bring more coherence to the Internet of Things, as devices spread out across the landscape like so many cattle. The unfortunate fact about the IoT and the cloud, however, is that only the server-side can be culled when things go wrong.