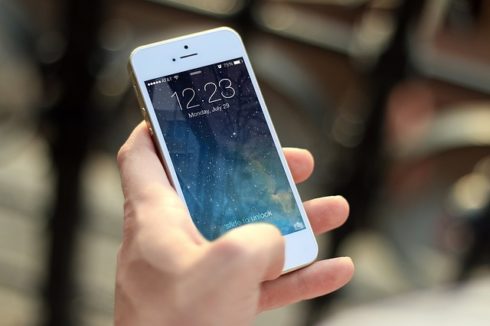 There are three technologies that not only will massively impact Smartphone but they are going to have a major impact on PCs as well. They are 5G, Wi-Fi 6, and foldable screens. Combined, they should expand what we can do with mobile devices, change the performance limitations that currently define them, and do interesting things to the physical designs we currently view as standards.

RELATED CONTENT: Foldable technology will force developers to think outside the box

We haven’t disrupted either smartphones or laptops in some time, and the disruptive wave of tablets petered out but, I expect, will soon have a second coming. Even where we compute is changing with massive shifts to cloud computing expected for desktop applications and efforts like Microsofts Virtual Desktop doing what their interesting but failed Continuum offering was never able to accomplish. Of course you could argue that Continuum never really failed; it just had to wait for the cloud and foldable displays to evolve so the concept of Windows on a smartphone could become viable.

5G and Wi-Fi 6
What changed how I looked at these technologies was a presentation from Qualcomm where Cisco came on stage and talked about blending the technologies. Both 5G and Wi-Fi 6 provide wired levels of performance without the wire and systems with support for both technologies (at least those using Qualcomm components) will be able to dynamically and seamlessly switch between then as needed.

Given this level of performance and a cloud OS instance like the Microsoft Virtual Desktop you may not need a full PC, just a way to convert your connected smartphone display and interface into something that is more like a PC. And realize this wouldn’t be a trivial performance boost because virtualized capabilities from all the major cloud providers range from basic desktop capability up to Supercomputer performance. This level of performance suggests that a future user just on a connected Smartphone or Tablet could have access to performance levels that even the most powerful desktop workstation today can’t match.

But the issue then becomes how do you take a device designed to be pocketable and grow it to be usable as a PC without destroying its portability?

Foldable Screens
If you take a 13-inch laptop screen, the smallest that the market has purchased in high volume, and fold that screen you get 7.5 inches, which falls into the high range size for smartphones. Granted, it will increase the thickness of the result. The touch interface would still work but you’d also need to rethink the input method. This need to rethink is because if you then include a keyboard and mouse you probably haven’t saved that much space over a thin 13-inch PC.

But we are also moving to speech interfaces with younger age groups being increasingly more accepting of products with these interfaces. Combining touch with speech may require a better mounted microphone solution, one that better contains the sound for confidentiality.

Our ability to make active noise cancellation is improving, but I have yet to see a solution that fully quiets a speaker talking into their phone. A problem, given the complaints from workers near talkers in cubicle farms, have needed to be fixed for some time.

While I still think the ultimate disruption will come when we figure out how to do better wearable displays and how to more seamlessly integrate smartphone tech with what will evolve to become a wearable solution, the foldable screen will form a bridge to that expected future.

The blend of the high-performance wireless technologies coming to market provides a foundation for a massive hardware change, potentially placing a device that would replace the smartphone at the center of the revolution. What that device is will be defined by the advancements of foldable screens initially and wearable displays eventually as well as the advancements surrounding voice interfaces and related active noise cancellation tech.

I think the result will be something very interesting and potentially even more disruptive than the iPhone was. I think we’ll begin to see what that is after Microsoft’s Virtual Desktop redefines just what a PC can be. I guess that means I should have said there are four or five technologies that will eventually massively impact smartphones and PCs. Go figure?